If you’ve got a major renovation planned or a new home you want built, there’s one thing you can do to save tens of thousands of dollars, all without picking up a hammer or strapping on a tool belt, or having the skills to use them. This money-saving plan involves a certain amount of work on your part, and for most people a certain stepping out of their comfort zone. But if you can do these two things, then the savings can be big and the opportunity for achieving high quality results great. A guy I discovered in a magazine article from 2021 proves it, so I called him to find out the details of what he’s up to. His name is Peter Glaw, that’s him on the left, and he’s doing something that many people find interesting. 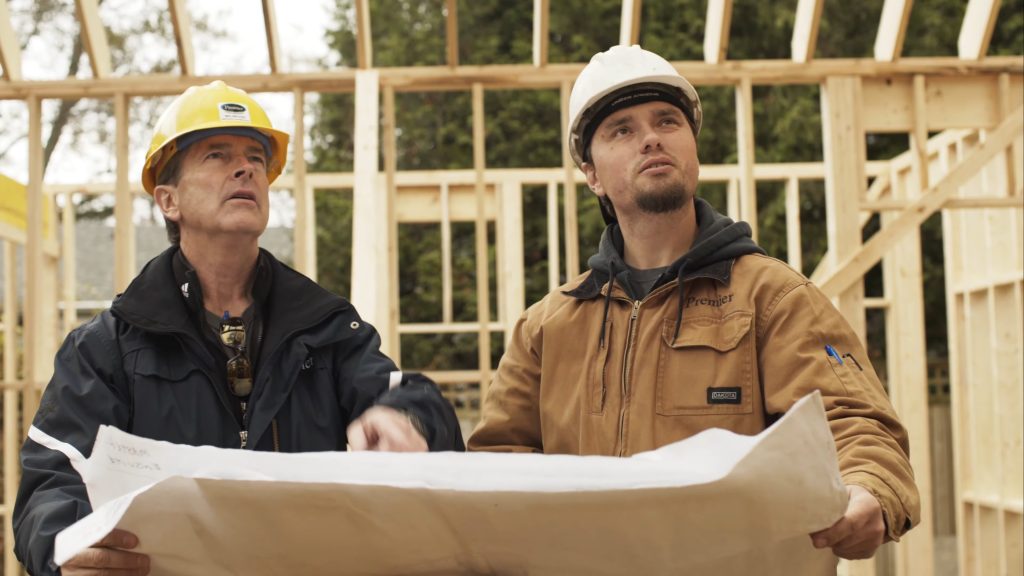 HOW TO BE YOUR OWN GENERAL CONTRACTOR is a small softcover volume that sells around the world. It’s also the first step in a process Peter has created that typically saves 15% to 25% on total project costs. Those are big numbers when you consider that renovations often top six figures and new homes go well beyond that.

“A general contractor is like an orchestra conductor”, explained Peter, when I called him. “If you can organize the construction process, call in the trades as needed, keep your eye on the budget and buy materials at trade costs, you’ll save a lot of money. You don’t need to know how to frame a wall or hang drywall. That’s the job of the trades you hire.”

One part of all this is something Peter calls the Premier Consulting Service. Homeowners who sign up aren’t left with just the knowledge in the book. They also get assigned a personal contractor coach that’s available to visit on-site and answer questions as they come up. Peter is signing up more contractors all the time for what he calls the Premier Certified Contractor (PCC) program. This creates an opportunity for experienced contractors who do the actual advising of homeowners. If you’re a seasoned contractor looking to do more consulting and less hands-on work, the PCC program is worth a look. Peter told me he’d like to hear from contractors. Email works well for him.

Besides being a conductor, general contractors have the ability to buy materials at better-than-retail prices. If you hire a general contractor, he will buy materials at something like wholesale prices, then mark them up to retail when they get charged to you during the project. Part of Peter’s system is something he calls the Premier Access Card. This card is for homeowners acting as their own GC, it costs $1000 but leads to savings on material costs of 10% to 35% (sometimes 50% on things like porcelain tiles) on a typical renovation or new home build. Besides saving money, the access card also includes recommendations on tradespeople in your area who are honest, insured and trustworthy.

I’d argue that the benefits of what homeowners experience by being their own general contractor goes beyond just saving money. For many people there’s also a greatly heightened sense of satisfaction. It’s one thing to have a nice new home or renovation completed without any involvement from you. That’s easy to enjoy. But I can tell you from personal experience that when you have a hands-on stake in something, when you’ve been involved in making it happen, then your enjoyment is increased big-time. And who wouldn’t like the chance to save money, boost satisfaction, and earn the bragging rights to say “I was my own general contractor on this house!”?

I hope this article and knowledge of Peter’s services help you. Please consider helping me cover the cost of creating and publishing content like this. Monthly hosting costs alone run around $500. Click the “buy me a coffee” button below and it’ll take you to a safe, simple and fast interface for making a contribution. Thank you very much!