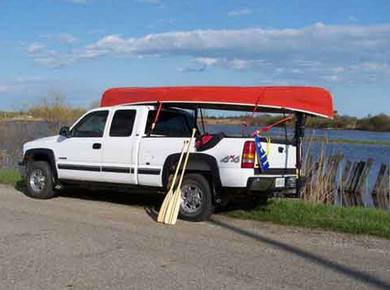 Pickup truck boxes are typically 8 feet long or less, and that creates a limitation. Big Bed sets out to solve that constraint. It’s a removable folding steel rack that plugs into a 2-inch square receiver hitch, making it possible to safely support lumber, pipe, boats and most other loads up to 16-feet long. The Big Bed measures 49 inches wide with support wings open, and it’s worked flawlessly for me since I started using one in early 2010. Besides function, Big Bed is also an encouraging example of homegrown ingenuity. 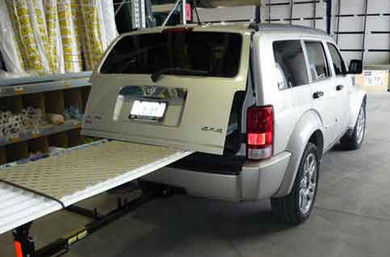 Mike Segeren, Don Segeren, and Jason Hawkins are the three men behind Big Bed, but it’s Jason who had the original idea. Back in 2006, he welded up a crude, T-shaped metal support rack to help transport long lumber for decks he was building, later modifying and improving the design into the folding version that’s sold now. Mike, Don and Jason are also committed to local manufacturing, so they have all their units made in a shop in Wallaceburg, Ontario, Canada. This is a community that used to thrive due to its tool and diemaking/manufacturing shops, but has been hard hit by off-shore production. “We’re glad that we can bring a bit of work to the area,” explains Jason. 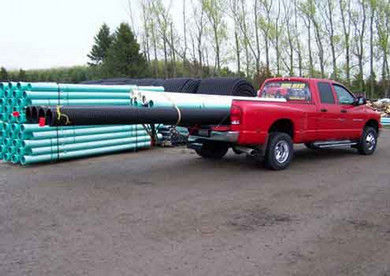 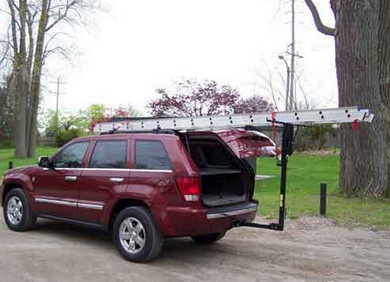 Takes less than 1 minute to install and unfold a Big Bed, and so far there have been no mechanical issues at all with the one I’ve been using. Even the powder-coated finish is holding up well. The only improvements I can think of would be more reflective tape on the support arms, and a more realistic weight rating. The 400 lbs. specified figure has more to do with the lightest trailer hitch that could be used to support the Big Bed, and not much to do with the strength of the unit itself. A variable weight rating depending on the class of trailer hitch would give a more accurate indication of what you could actually carry. 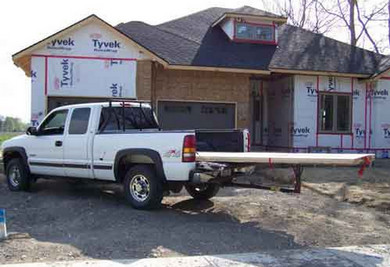 I use my truck for all kinds of hauling, and from this experience I’ve found the Big Bed useful, easy to use, and all it claims to be. There’s a 1 year warranty in case of trouble, with zero claims to date.