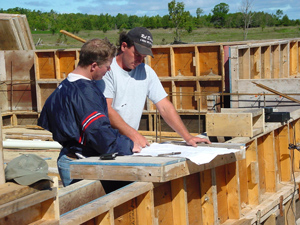 While television shows constantly reminds us Canadians about shoddy workmanship and unscrupulous home improvement contractors, there’s a growing problem that’s at least as large. It’s more damaging to our society and goes unacknowledged because it comes from the grass roots. This problem is also mostly the fault of Canadian homeowners themselves.

More and more people are breaking the law and paying only cash for construction and home renovation work, saving the HST in the process. In fact, my polling of contractors tells me that this decay in morality is definitely on the rise. And while it could certainly be argued that government can only bleed off so much tax money before its citizens revolt by refusing to pay, the fact is that rules are rules. We can’t expect to live in a socialist country like ours, enjoying socialist benefits at every turn, yet try to weasel out of paying for them. The problem goes beyond the very important idea of doing the right thing, too. It also has everything to do with the kind of construction and renovation industry we want to encourage in this country.

One tradesman I know calls the growing cash-only marketplace an epidemic. I think he’s right. This guy wants to work honestly and that’s why he avoids cash deals whenever he can. Trouble is, more than half the jobs he bids on these days are firmly laid out as cash-only gigs by clients right from the start. Both large businesses and small homeowners are taking this stance and it worries me. Contractors caught in this squeeze either agree to take cash only (not including the HST, of course), or the work goes to some other tradesman who’s happy to stuff his earnings under the mattress. Can you really expect contractors to act honestly with you when you begin the relationship by insisting on a crime involving thousands of dollars of tax evasion? If you’re not committed to honesty, why should your contractor be?

Part of the growing problem of a cash-only construction industry comes from a government that’s addicted to taking an unreasonable amount of our money, then spending it on us so we love them the next time election day rolls around. This is a fundamental flaw in our political system and avoiding it demands a measure of government morality that’s in short supply. This still doesn’t justify the fact that more and more ordinary Canadians feel just fine about the kind of routine dishonesty that has ruined good countries in other parts of the world.

While it’s true that all businesses have to collect HST, contractors face a steeper challenge than most. That’s because their billings happen far from any cash register, accounting department or official inspector. When you refuse to pay HST on construction work just because you can get away with it, you’re essentially forcing a nasty choice on building professionals. Either your contractor pays the HST out of their own pocket, or they break the law, fail to report income, making the industry that much less professional.  How is your contractor supposed to get an operating loan when 50% of their income isn’t official? How can they rightfully claiming input tax credits on income they’re not supposed to have earned?

It’s been said that the more dishonest a society grows, the more iron-fisted the government needs to be to maintain control. The choice is ours. Do we really want yet another layer of expensive bureaucracy installed over our heads to ensure we do the right thing when it comes to HST and home improvements? I for one certainly hope more Canadians remember that honesty is the foundation of any decent country, honesty of the kind that does the right thing when no one is looking.