Just about any power tool or home appliance you can buy costs less today than an equivalent model did ten years ago. Entire manufacturing sectors have been operating under powerful, long-term downward price pressures for at least two decades, and while this trend certainly doesn’t apply to everything we buy, it does create an opportunity if you understand something crucial. In many cases paying a little more than rock bottom prices for tools and appliances delivers a disproportionately higher measure of quality. Better-than-cheapest models also offer more satisfying performance that’s less expensive in the long run, too. I’ve seen this dynamic unfold over and over during my twenty years of tool and appliance testing, and I’ve got three examples out of many to prove my point.

#1: In Your Toolbox: Cordless Drills: 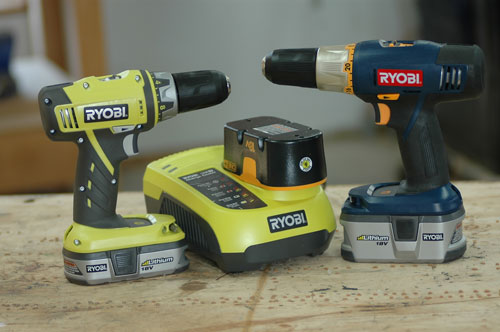 The current cost of most professional-grade power tools is less than consumer-grade models sold during the early 1990s, and nowhere is this more obvious than with cordless drills. Increasing sophistication by overseas manufacturing plants and astonishing improvements in battery technology are the reasons why.

Although there are cheaper drills than the $179 Ryobi P815 18-volt drill, it performs much better than previous generations of cordless models costing twice as much. But the only way you’ll enjoy these benefits is if you can resist the lure of choosing the cheapest stuff you can find.

#2: In Your Kitchen: Toaster Ovens: 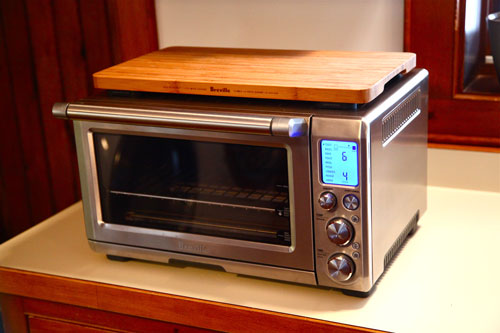 You can see the effects of lower prices and higher quality in countertop kitchen appliances, too, and a couple of items from Australian-based Breville are prime examples.

It’s easy to find toaster ovens that cost less than the large, $300 Breville BOV800XL or the more typically sized $230 BOV650L, but I’ve never seen any other models that work better, especially under tough conditions.

There are two typical problems with run-of-the-mill toaster ovens, and I’ve seen both issues happen to relatively young machines. Either the elements burn out (sometimes with a spectacular shower of sparks and flame), or the plastic control knobs break or come loose from the shafts they turn. Even when under warranty, these problems are a pain that hardly make up for rock bottom prices, not to mention what mountains of prematurely broken, too-cheap products do to our landfills.

Besides showing no signs of wear or deterioration during my 18 months of hard testing, the BOV800XL also toasts bread more evenly than any other toaster or toaster oven I’ve ever seen. It’s also large enough to hold small and medium-sized cookware. The optional bamboo cutting board that sits on top of the oven is a clever way to increase useful countertop workspace.

#3: On Your Kitchen Counter: Kettles:

The issue of buying too cheap may actually have health implications when it comes to electric kettles. Sooner or later, the issue of plastics contamination of food and beverages is going to become headline news, but I’d rather not wait until then for an official pronouncement that a plastic kettle has been leaching contaminants into my family’s hot drinks for years. Mounting concerns about the way tiny concentrations of plastic residues mimic female hormones in the human body is the main issue. These so-called xeno-hormones can be much more powerful than natural hormones, and it’s surprisingly difficult to find a plug-in kettle that isn’t made entirely of plastic. This is especially troubling because boiling water is much more likely to pick-up contaminants from plastics than cold water if they are present.

In my quest for an all-metal kettle, I found the stainless steel Breville SK500XL about two years ago. Although it does have a tiny bit of plastic inside the otherwise all-metal body, this model is made to address the xeno-hormone issue. It’s also proven very tough during my daily household testing and the two other households where I know the SK500L is being used every day. My only concern about this model is the way it takes 30 seconds or so for the auto shut-off to kick in after water starts to boil. Although I haven’t tried it yet, the BKE820XL kettle is similar to the SK500L, but includes variable temperature control which makes auto shut-off kick in at a range of lower temperatures.

Everyone likes a bargain, but some bargains aren’t the good deal they seem to be. More than one manufacturer has told me how today’s big retailers are influential enough to dictate product design by setting prices low enough to drive product quality lower than some manufacturers feel comfortable with. But once you realize that even today’s good tools and appliances are cheaper than what bargain basement prices used to be, it should be a little easier to avoid that mad rush for the bottom.