If you’re planning to build a new house or cottage, you’ve got decisions to make that go way beyond floor plans, roof designs and wallpaper samples. Sure, visuals like these are important, but there are also a whole lot of other home building design decisions that will go on affecting world climate, our environment and your pocket book for as long as your house stands. A lot of this influence comes down to the element carbon. 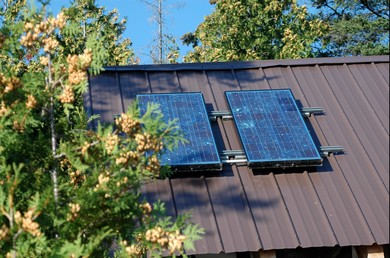 Modern society runs on carbon in the form of fossil fuels, and besides debilitating price increases for gasoline, oil and natural gas, there’s another big problem with our carbon-based lifestyle. It’s warming up the world.

The way you build a new house exerts many times more influence on carbon pollution than how you manage the thermostat or light fixtures or shower use in an older home. That’s because huge energy efficiency gains are possible with the right kind of home design, especially when those design decisions are informed by a 21st century carbon-consciousness. The key is understanding the significance of carbon pollution and designing buildings to minimize it.

Growing stacks of scientific evidence point to the fact that the world’s temperature is rising and that carbon-rich gases added to the atmosphere are partially responsible for this change. This is global warming and one of the most significant gases causing the so-called ‘greenhouse effect’ is ordinary carbon dioxide.

The Benefits of a Carbon-Conscious Home Design: