Nobody likes to pay more for the things they need, and no one likes to have their daily routines changed. This is why everyone I’ve met hates smart electrical meters. They allow utilities to charge different rates depending on the time of day electricity is used, and I’m going to try and convince you that this bitter medicine is exactly what we need as a society. Whether or not you have smart meters where you live right now, this technology is inevitable. I consider it a brave example of prudent social leadership because without it we’ll face far more dire consequences than having to run the dryer at 9pm. 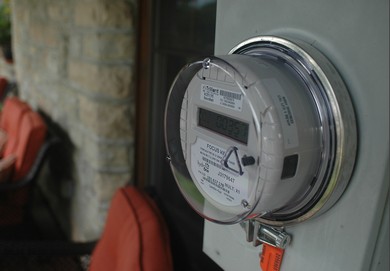 Smart meters measure and transmit information about household electrical usage to utility companies in real time, eliminating the need for physical meter reading while also allowing usage patterns to be monitored by your utility. Millions of smart meters are in place across Canada right now, and like any big change, it’s making some people afraid and angry. Before you succumb to the mood of the mob, consider one fundamental fact: a kilowatt deferred is better than a kilowatt generated. Here’s what I mean.

Every electrical utility system in the world must be built to meet the highest momentary demand for electricity, regardless of how short that period of demand is. Generating stations, switching gear, transformers and power lines all must be built to handle the greatest instantaneous load each day, even if all that equipment is only being used to a tiny extent the rest of the time. Smart meters allow financial incentives to be used to shift electrical load from peak times to slack ones, all with the aim of postponing the expansion of our electrical system just to handle short-term loads.

Fluctuating electrical demand is entirely reasonable because most of us like to sleep at night, get up in the morning, and cook food at more or less the same time. Authorities everywhere recognize this, and no one expects Canadians to live on a rotating national schedule. That said, it’s also true that smart meters are a tool for shifting that part of the electrical load that’s discretionary. It’s a way of financially rewarding people for placing less stress on our infrastructure. Shaving off the peaks of electrical demand and shifting them into the valleys like this is a noble goal because the alternative is becoming more and more unpalatable.

Do we really want to pay for more nuclear power plants? Do we really want to fund bigger electrical transmission lines and more coal or natural gas-fired generating stations? All of these things are fine, if we really need the power after doing all the load shifting and conservation we can, but surely not until then.

One way to think of the whole smart meter scenario is to imagine a dentist office without an orderly system of appointments. How many dentists would have to be on staff if everyone came for dental care whenever they were free, with the firm expectation that they’d be able to walk right in and sit down with absolutely no waiting. How would you feel if your dental bills included hidden charges that covered the costs of all the salaried dentists who were paid a flat rate just for being in the office waiting for people to sit right down, whether or not they had their hands in peoples mouths? This is very much like the situation we face with an electrical system that’s built to handle unmanaged maximum demand, while still providing uninterrupted power whenever we want.

Unmanaged peak electrical demand is one of the largest areas of flab in Canada’s energy system, and fixing this flaw requires change. But can we really expect our country to change for the better without embracing some kind of change personally, even if it is uncomfortable?