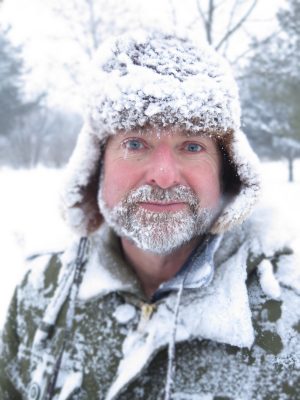 I used to believe in man-made global warming, but not any more. I can’t. Inconvenient facts keep getting in the way. Before I list a few of the reasons human-powered global warming doesn’t ring true to me any more, let me touch on something else.

These days it’s dangerous to challenge ideas that are considered “settled by science”, dangerous even when obvious facts emerge to contradict those ideas.  What passes for “tolerance” in the face of differing opinions today reminds me of a Nazi troop commander. He tolerates soldiers under his authority just fine, as long as those soldiers goose-step to his every bark. But step out of the politically correct line, even just a little, and today’s tolerance behaves a lot like the hate and ignorance it claims to combat. More often than not, any serious disagreement on important subjects is met with angry words like “denier”, “red neck”, “skeptic”. You might even be accused of “hate speech” just because you calmly and logically disagree with one of a dozen standard-issue world views. That’s why I’m not surprised when some people lapse into calling me names because of where the facts have led me on global warming. What can I say? Following the truth doesn’t always take you to comfortable, popular places. Actually, it almost never does.

So here are my top three “inconvenient facts” about global warming. I could cite more. But whatever you do, please don’t take my word for any of them. Check them out for yourself.  Disagree with me and I won’t call you names.

Inconvenient Fact#1: Global warming stopped, all by itself, a long time ago.

Once upon a time, the world was getting warmer. That’s a fact that nobody disputes. Every legitimate graph of world temperature shows an increase beginning in 1975 and leveling off in 1997. There’s been no overall global temperature rise since then. That’s 20 years without global warming, all without any international success reducing greenhouse gas emissions, either. The crazy thing is the way the momentum of established opinion just keeps rolling along as if we’re getting hotter and hotter. The idea of human responsibility for global warming has taken on a life of its own. Young people are now graduating from high school believing global warming as a fact when it hasn’t even been an observable reality during their entire lifetimes. As more time goes by with flat global temperatures, the term “global warming” is morphing into “climate change”.

Inconvenient Fact#2: Earth isn’t the only planet that got warmer.

So, if human beings didn’t cause the world to get warmer, what did? It could be nothing more than increased output from the sun. Solar intensity rises and falls in cycles that we can observe. There’s every reason to believe this fluctuation has been at work in the latest “sky-is-falling” climate change guilt-fest. Rising solar output could explain why the temperature of both Mars and the Earth rose together during the warming period from 1975 to 1997. I’m Canadian, and with all the media talk about global warming, you’d think us Canadians would be able to see the effects in a country as large and as cold as ours. Look up the Wikipedia list of record high temperatures in Canada and you’ll find that out of 60+ records, the majority were set during the 1930s and 1940s. Only three were set in the 21st century and only a total of five since 1960.
Inconvenient Fact#3: Record low temperatures are being set, ice caps are on the rise.

Early in 2015 I sat in on a meeting led by a government agriculture leader. He explained how he was heading up a project to clear thousands of acres of northern wilderness for more beef farming. The plan was based on the fact that these regions of Canada would become agriculturally viable as global warming kicked in. “Global warming is here to stay and shows no sign of letting up”, he proclaimed to the audience. “We’re planning ahead for the time when a warmer climate will make northern agriculture profitable.”

The real problem with the global warming bureaucracy is that it’s making changes to our world that may well prove to be exactly the opposite of what’s wise. Here where I live, the Premier of Ontario has guidelines in place to phase out natural gas in new homes by the year 2030. Our Canadian Prime Minister has hatched a plan to add a $50 per tonne tax on carbon emissions, even though well respected scientists make a very convincing the case that increasing carbon dioxide in the atmosphere actually makes Earth more habitable and agriculturally productive. The policies being touted now may be exactly the opposite of what we need because there’s every reason to believe the world will actually get colder over the next 30 years, not warmer. A growing number of scientists are predicting cooling temperatures based on reduced energy output from the sun. Will it happen? Maybe. Record low temperatures have been set across North America during the last several winters. Polar ice caps are getting larger. I don’t know about you, but I’m all for installing more insulation while we still have time!
The next five years will be interesting. If global temperatures continue to flat-line as they have for two decades, there’ll be some serious back-peddling required by promoters of man-made global warming. The Al Gores of the world will no-doubt have a creative explanation for us, ideally one that preserves human guilt in the whole matter. And I may already have seen some of this fact-resistant guilt coming through one of my kids.

Jacob came home from grade 10 science class one day last year with a new idea. He was being taught that an ice age could well be coming soon and the cause was man-made global warming. His teacher, aware of flat-line global temperatures for the last two decades, suggested that the release of greenhouse gases could be linked to reduced ocean currents. This would mean less heat moving from the equator to northern latitudes, allowing a long-term ice age to settle in. Wow, what creativity. Human-powered global warming and a new ice age all on the same planet.
What I really wonder about is why legitimate disagreement is so readily shut down these days. Why don’t we have the same freedom of speech we used to have for discussing ideas that contradict the status quo? While there may be disagreement on global warming and climate change, there’s no question that the emotional temperature of our world is colder and meaner than it’s been in living memory. Does it really have to be this way?