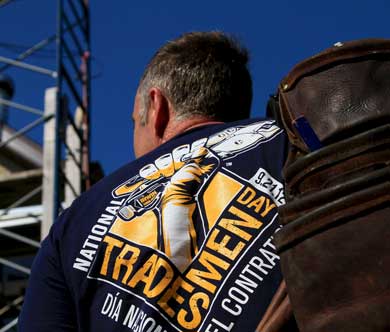 For as long as I can remember I’ve heard dire warnings about the impending shortage of skilled trades people in North America. And ever since I’ve heard these warnings, I’ve been waiting for things to turn around. They haven’t, and no amount of statistics or government finger wagging is going to change things.

The real reason contractors and homeowners have such a hard time finding competent tradespeople is cultural. Most young people simply don’t consider it cool to go into the trades. Most parents agree, but perhaps something called National Tradesmen Day is the first promising step towards a solution.  It gets to the heart of the reason why so few bright young people begin careers in the trades, and why fewer still stick with them.

The first thing to understand about the shortage of skilled tradespeople is that it’s not about lack of good pay. While many high school graduates across the continent fight their way into universities for the privilege of spending four years and $100,000 on tuition and living expenses, before then jostling each other for a remote shot at some entry level job in an office, the situation is entirely different for people who pursue a decent trade.

A first year pipe fitter apprentice, for instance, earns more than the national average wage right out of high school, with pay increasing every year like clockwork. By the time the academic kids graduate from university and discover that their $100K, cookie-cutter BA usually doesn’t qualify them to earn more than minimum wage, the newly minted journeyman pipe fitter is earning more than twice the national average, plus benefits, having also pocketed more than $140K of earnings while being trained. Obviously, lack of money isn’t the reason trades aren’t on the radar for most young people. Like I said, it’s something more fundamental than that.

A few years ago, Maclean’s magazine published an insightful article about the state of trades in Canada, and it makes me more concerned than ever. By 2020 we could be short as many as 1 million skilled tradespeople, but for more than just the typically-cited reasons of abandoned shop classes and society’s unhealthy obsession with academics. It also seems that young people are less mechanically apt than ever before, and far less likely than their parents to tolerate anything that feels like real work.

One shop teacher cited in the story finds that today’s grade 12 students can only grasp the technical concepts that grade 9 kids used to understand ten years ago. Where it used to be possible to teach most kids in high school to take apart and reassemble an auto transmission, the best that seems possible now is to explain what a transmission does. According to the Maclean’s story, most kids don’t know which way to turn a screwdriver to tighten something. That’s no surprise when you consider that a 2009 survey showed that 30% of Canadian teens spend no time at all doing anything hands-on, instead wasting 53 hours per week mesmerized, slack-jawed, in front of screens. Fast forward to today and there are more screens in the world than ever.

And apparently, work ethic is weak and waning too, with anywhere from 40% to 75% of apprentices who sign up for trades quitting before they’re done. All this said, I count these observations as symptoms only, not causes. The real reason North America’s trade skills are so poor comes from something much deeper. 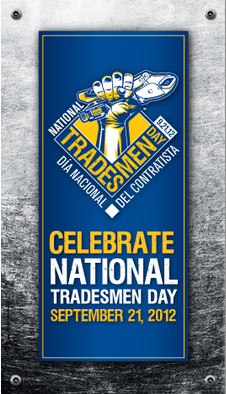 These days everything that’s desirable and cool is defined by visual media. Movies, TV shows and internet content is created almost entirely by people who, by definition, aren’t trades oriented. It’s only natural that they rarely portray trades in anything like an accurate or attractive way because it’s not part of their world. Movie heroes are mostly white collar  lawyers, doctors and secret agents, with a smattering of fashion models, writers, pilots and adventurers thrown in.

Sure, the world is awash in home improvement television programming, but that’s always done in some hyped-up documentary style, typically portraying some mess or another, with plenty of artificial tension thrown in. What has years of televised home renovation disasters done to the public opinion of contractors as a whole? When was the last time you saw a Hollywood blockbuster where the handsome, capable main character was a carpenter, tool and die maker, a steel worker, a tile setter,  cabinetmaker or any one of a number of unsung heroes of society? This idea is almost laughable, but only because we’ve never seen it before.

What, exactly, is more interesting about a white collar, desk-bound lifestyle than a career that’s all about creativity, exercise, good pay and making beautiful and useful things happen in the world? These days the definition of what’s desirable in the public eye is largely engineered, and that’s why I applaud National Tradesmen Day. It began in 2012 and it took place on September 16 .

National Tradesman Day is a non-commercial event started by IRWIN Tools. Although this company makes the kind of hand tools used by tradespeople around the world, National Tradesmen Day isn’t a commercial venture and it isn’t about making money. It’s about raising the public profile of trades with simple acts of kindness, thanks and admiration. People across North America are encouraged to show appreciation to all tradespeople, and that’s something new. Say thank you to your favourite trades person. Drop off a box of doughnuts at a worksite. Get your kids to put down their smart phone three afternoons a week, struggle with some tools for a while and make something real happen.

There have been times and places in history where the highly refined skills of diligent trade workers were recognized and appreciated as a worthy focus for the best and brightest young people. National Tradesmen Day won’t end the downward spiral of technical incompetence in North America on its own, but it is the first promising cultural start I’ve seen to remedy the problem at its root. Building, repairing and renovating is cool and rewarding. That’s reality. Let’s show a new generation it’s true.