Each spring since 1987  I’ve maintained a nearly forgotten part of Canadian heritage that’s still a working feature of the rural landscape where I live on Manitoulin Island. 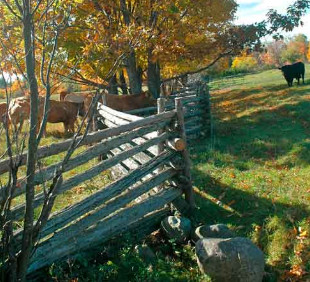 Nestled along the shore of Lake Huron in Ontario, Canada, you’ll find Manitoulin. People call it the  island that time forgot. This is where I live, and as far as I’ve been able to tell, this place has the highest concentration of working cedar rail farm fences in the world. While this kind of fence has disappeared almost entirely from every other place where they once flourished, Manitoulin still boasts thousands of miles of rail fences spread over its 130 km length. And most of these aren’t tumbled down relics of yesteryear, either. They’re working fences that are both beautiful and useful.

My 90-acre patch of farmland and forest (tiny by Manitoulin standards) has two miles worth of cedar fences in all, and I try to make them a little better each year. They contain a small herd of Angus and Shorhorn cattle that we raise for grass-fed beef that we sell directly to a small group of loyal customers. Dealing with my rail fences isn’t a typical home improvement challenge, but there is a lesson to be learned from the work just the same.

The oldest parts of my fences were built in the 1890s, by a pioneering family named Taylor. They held the first deed from the Crown, clearing the land and bringing it under cultivation in exchange for ownership. As I replace rotted rails and push leaning sections of fence upright again, I see evidence of two kinds of human emotions preserved in the wood: “fear” and “hope”. 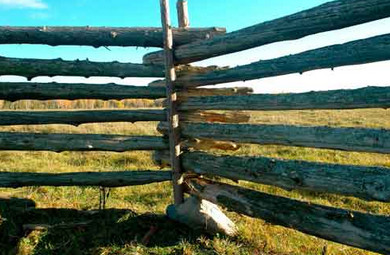 Sometime before European settlers began carving farms for themselves from the Manitoulin wilderness, their diseases preceded them, bringing strange illnesses to the Native people. Fear led them to set fire to Manitoulin, leveling the massive stands of old-growth cedar trees in an effort to drive away the evil spirits killing them. I know these trees were huge because blackened cedar stumps can still be found here and there all across the Island, even now, a couple of centuries after fear and despair consumed them.

The ever-frugal early farmers made use of Manitoulin’s burned cedars, and it’s not unusual to find the oldest rails at the bottom of my fences still showing charred wood, not yet erased by two centuries of weather. From the ashes of disaster rose the fences of success. 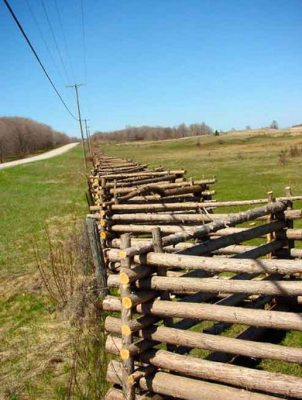 Fear may have had something to do with some of the materials that make up my fences, but hope is the reason these fences were built in the first place. And hope keeps them up today. Hope and hard work. Whenever I get to thinking that I work hard, I look around at my fields and my humility is restored. It took pioneers an entire lifetime to clear a field that takes me 3 minutes to drive across with my pickup truck. The efforts of these pioneers are still part of the reason Canada produces abundant food today. How can I let their fences fall into disrepair, even when pasturing cattle is more like an outdoor fitness program than a profitable economic activity? 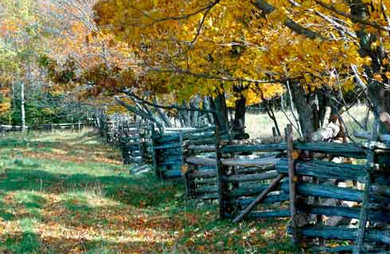 When I look at the people who keep Manitoulin’s rail fence heritage alive today, I don’t see youth. I do see some of the toughest, hardest driving, gnarly-fingered, fast-paced old guys anywhere on the planet. None that I can think of is younger than 45. Most are well into their 60s and 70s. Some 80 year old farmers still rise early, fix fences all day, then come home for supper in the house they were born in. Cattle prices may be decent now, but on balance these people are not motivated by money.

Is all this fence fixing, cattle raising crazy? Yes, on some level it is. But for what it’s worth, every spring I’ll keep wrestling new rails into place as I partner with people dead for decades before I was born. And, as the old timers say, keeping my ancient cedar rail fences horse-high, bull-strong and pig-tight.

Click below to for a quick video visit to some of the cedar rails fences I’m working on right now.

New From baileylineroad.com
HOW TO CHOOSE A CORDLESS DRILL: Real-World Tips for Finding the Right Model
Read Now