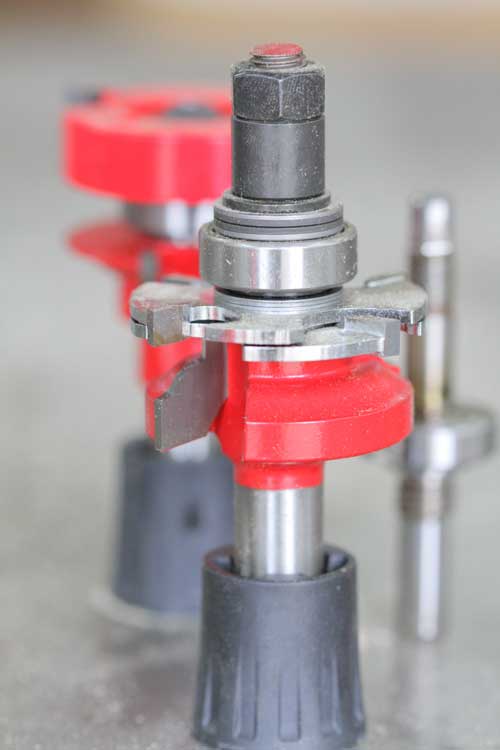 In 1987, I began work in a kitchen cabinet shop where we made our own traditional, raised panel, solid wood doors by the dozen using mortise and tenon joints in the corners. The boss had built his own sophisticated, stationary machinery to make this work efficient, and the doors we built were a big part of the selling feature of the high-end kitchens we made. It’s taken more than 20 years for these same door-building capabilities to come to the world of routers, and as far as I know Freud is the only manufacturer offering router bits that make this possible.

Dubbed the Premier Adjustable Rail and Stile System (PAR), these bits use a collection of interchangeable bearings, cutters and spacers to allow extensive control over the size, length and thickness of tenons and panels possible in door construction. This system also allows a wide range of wood thicknesses to be used for the stiles and rails that form raised panel door frames. Where ordinary rail and stile router bit sets are made to work only with standard wood measuring about 3/4”, the PARS gear I’ve sampled in my shop work with wood ranging from 5/8” to 1 1/4” thick.

Raised panel doors get their name from the panel of wood that’s surrounded by a four-sided frame during construction. Originally developed centuries ago for practical reasons to accommodate the tendency for large pieces of wood to expand and contract seasonally with changes in humidity, raised panel doors also look great. That’s why they’re still made today, sometimes even with materials that don’t expand and contract seasonally.

There are five parts to any standard, raised panel cabinet door: 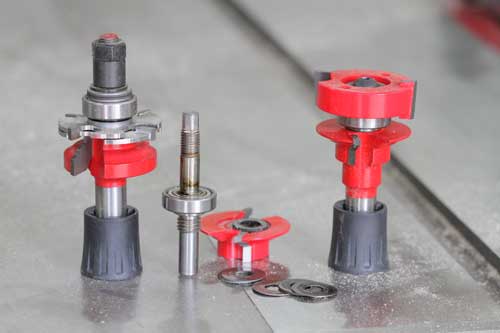 When panels are made of solid wood (and they often are), they need to be cut slightly smaller than the distance between rail and stile grooves, to allow room for possible panel expansion during humid weather. Also, if you’ll eventually be staining your completed doors, apply a little stain along the edges of the panels now, before assembly. This way if the panels shrink (and they probably will some time), it won’t expose any bare, unfinished wood to view.

As with any sophisticated tooling, it takes time, thought and experience to get the most out of Freud’s PARS. That said, given the fact that so many other router-based door systems create the same kind of ordinary results found almost everywhere, I think the extra creative options are worth a short time learning how to use the equipment.