Pete is a drywall contractor friend of mine (the best drywaller I know) who’s always quick with a joke and a smile, and he mentioned something once that I won’t forget. “If I hire a drywaller who smokes, I should pay them $2 an hour less because of smoke breaks. If that smoker also has a smartphone, they’re worth $10 an hour less because of screen breaks.” Pete laughed as he said this, but it was the kind of laugh that covers something big and tragic. 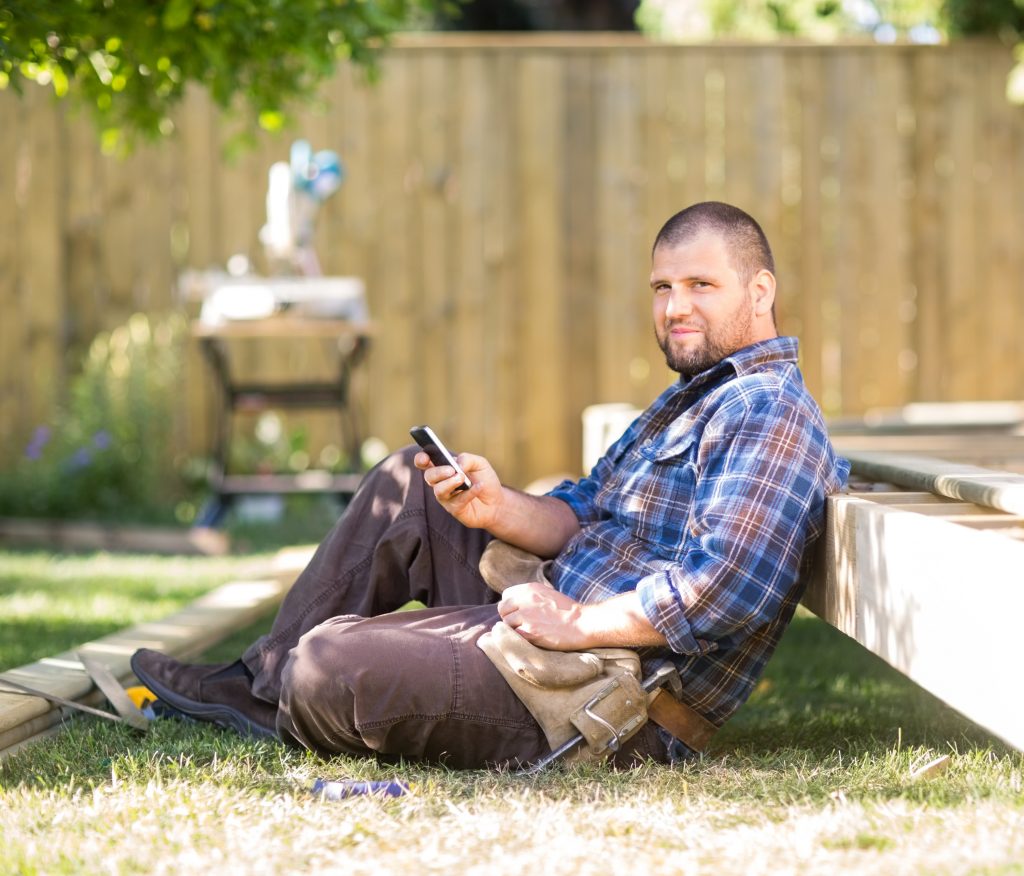 In the same way that smoking was once mistakenly prescribed by some doctors as a health-boosting practice, and toxic lead water pipes were routinely installed in new homes and considered “safe” until the 1920s, screen addiction is stealing the social skills, productivity, creativity and hands-on capabilities of millions of people. So many folks don’t seem to realize the debilitation, and it’s not just kids, either. According to MTM Media Technology Monitor, in 2016 the average Canadian spent 3.5 hours per day online; 5 hours per day for people 18 to 34. I’m sure the numbers would be similar for many places around the world. Based on what I’ve seen, these numbers seem understated, too. What would the developed world look like if everyone redirected just half their screen time to something physical, productive, face-to-face and hands-on?

The Internet Is Both Great & Terrible

I should mention up front that I’m a big fan of the productive possibilities offered by the internet. I earn most of my income online while living on a remote rural island in Ontario, Canada, and the internet makes countless things better in my life. The ice maker in my fridge broke a while back, but I wasn’t worried. The internet let me troubleshoot the problem and buy parts easily and at a reasonable price. We added years to the life of our previous dog, Kate, because the internet helped us diagnose and successfully treat her condition as blastomycosis when veterinarians were consistently baffled and had given her up for dead. A while back I was working remotely with a family from Oklahoma designing their dream home. One reason I can keep my old, beloved 1990 F-150 pickup truck running or my 1953 Farmall Super H tractor operating is because of what I learn on the internet and the parts I can buy there. A while back I replaced the drum rollers in my dryer with parts I ordered online, following a repair procedure video. In my 30+ years living deep in the country, I can say for sure that the internet has made life out here much, much better than before. Entertainment, shopping and learning is all much, much better than when all we had for communication here was a four-household party dial-up phone line. I could go on and on about the benefits that the internet has brought to my life. So, if the internet is so good, why am I worried? Simply because there are two sides to every coin.

While the internet is the biggest and most powerful force for worthwhile learning and productivity in human history, it’s also the biggest and most powerful force ever for killing time, talents, morals and relationships. This is especially true since the advent of the smartphone. Like a lab animal conditioned to get another dose of dopamine with every push of a button, the insatiable draw towards social sharing, games and the latest “news” has all the hallmarks of chemical addiction. Am I overstating this? I don’t think so. I know a clinical psychologist and she tells me that the symptoms of digital addiction she sees regularly in her practice (and especially in children) are identical in nature and physiology to chemical addictions she also sees. No responsible parent would give a loaded syringe of heroine to their child, yet it’s common to find kids under 10 with smart phones and unrestricted internet access. In fact, it’s not only common, it’s the norm. I know of grade school children at recess in schoolyards who’ve been introduced to the hardest-core pornography imaginable via their phones, stuff that’s worse than what was illegal to sell out of a trench coat in a back alley a few decades ago. Smartphones are the lead water pipe of the 21st century.

Control the Internet Or It’ll Control You

So what can you do? I figure it comes down to one old-fashioned personal trait that’s fallen out of favour. Discipline. Are you disciplined enough to use the great and productive things the internet has to offer, without having your life and your kids’ lives waste away in the destructive side of the digital world? I sure hope so, and there’s one idea that I find particularly helpful in this regard.

All online activities can be slotted into one of two categories: productive and consumptive. Productive use of the internet involves learning, earning and discerning.

Learning: When you need to understand something for a useful purpose, the internet can’t be beat.

Earning: The best money-making opportunities in human history for ordinary people depend completely on the internet.

Discerning: In a world filled with more lies and distortions than ever (many from mainstream sources of “truth”), the internet can be a source of verifiable truth because you have access to multiple, unrelated sources of unbiased information in a way that was not possible before. We no longer need to depend on single sources of information, sources that can (and have been) politicized for deeply questionable purposes.

Consumptive use of the internet is another matter entirely because it’s completely different than productive use. Consumptive use is the kind of thing that leaves you with nothing except astonishment at how much time you wasted since you clicked down that last “interesting” rabbit trail. These pointless diversions are mostly about entertainment, or seeking the superficial approval of others, or feeding various activities that were considered major personal vices not so long ago. Do lives get wasted in such endeavours? Yes, absolutely they do. I know several promising young people who were raised with the example of hardworking parents, they have plans and aspirations for the future, they have intelligence, good health and a massive family support system. Despite all these advantages, it’s common to see people accomplish only 10% of what they set out to do, and even then it takes twice as long as it should. “I’d love to do that”; or “I’m going to build that XYZ”; “I want to travel”; “I want my own business”; “I want to fill my yard with birdhouses! I love birds.” Years worth of these comments with no significant achievement to show for it is the most common outcome that I see.  This is what happens when most of each day gets swallowed up by cat videos, or the latest instalments of a series that’s too good not to binge watch,  or some Tweet that needs to be responded to immediately, or the latest Facebook message that needs an answer.

Are You a Digital Slave?

Imagine a world where billions of little people around the world work for hours each day with no pay, doing menial work that enriches the balance sheets of faceless corporations, with the little people motivated by the pursuit of worthless, contrived “currency” in the form of likes, shares, views and followers. These currencies costs nothing for corporations to produce, yet have a high perceived valued by billions of little people. For most users of social media, this is a form of 21st century digital slavery. Why? You can spend hundreds of hours a month building a social media presence, doing your part to create and publish content that pays you no money but enriches the corporations that own the platforms. The “currency” you get paid with is the promise of likes, shares and views – all things that the owners of the platforms create out of thin air, with no significant incremental cost to themselves. The promise of “making it big someday” (whatever that means) is also an ongoing motivation for people to happily spend their time as digital slaves, churning out content around which corporations sell advertising and audience access. Social media companies are the most profitable in human history. Who would have thought that the companies receiving these earnings would generate them on the backs of people who willingly “work” for free, clicking away on keyboards and cell phones around the globe, many of which who can’t even stop without breaking an addiction.

When it comes to the big issues of life, there are no completely effective guard rails around danger. Nor should there be. Ultimately, it comes down to personal responsibility and how each of us chooses to spend time. Like I said, good, old-fashioned “discipline” and the ability to say no to the urges and desires that wash over us – these are things we need to rediscover again. And if we can do this, then we can enjoy some amazing opportunities to learn.

Did this article leave you with something to think about? I hope so. Please consider helping me cover the cost of producing and publishing content like this. Click the “buy me a coffee” button below to make a contribution.Thank you very much!