Our world has become entirely dependent on centrally supplied electricity, and this has brought a lot of good to humanity. That said, there’s good reason to believe that the reliability of this electrical supply isn’t as solid as it might seem. A threat called an EMP is why, and it’s more than just an unfounded fear.

The letters EMP stand for electromagnetic pulse, and it poses one of the single biggest threats to the modern world that most people know nothing about. Sounds crazy, but it’s true and I’ll prove it to you. EMPs are overloads of airborne electro-magnetic energy that can fry electronics and the electrical grid. They travel through the air and through power cables and can occur naturally from solar flares or artificially created by people intent on destroying our way of life. EMPs have done major damage before, though at a time when the world was far less technological and vulnerable than it is now.

Back in 1859, a large, natural solar flare led to an EMP event that was so powerful it fried telegraph equipment in use at the time. Solar flares are unpredictable outbursts of energy from the sun that’s beyond the visible wavelength, and sometimes they can be very large. Dubbed the Carrington Event after the astronomer who observed it happening, National Geographic writer Richard Lovett says that a repeat of the Carrington Event today would devastate our world. Google the phrase Carrington Event and you’ll see what I’m talking about. Modern electronics, power transmission systems and communications are much more sensitive to EMP destruction than the old telegraph wires of yesteryear that actually caught fire.  Experts warn that it could take years for North America to rebuild it’s electrical system after a massive EMP event. All major replacement transformers are only made off shore and take years to deliver after an order. Also, even with a fully functioning generation system, the modern electrical grid requires electricity to come back online after a complete shut down. How would that happen if all of North America was black for 6 months? A year? That’s the magnitude of time it would take to come back from a big EMP event.

So, what can you do now? Most people don’t take non-urgent threats seriously, so if you’re like most folks you’ll simply do nothing at all to prepare for post-EMP survival. That’s fine, and an EMP melt-down might never happen anyway. Perhaps doing nothing is the way to go. As for me, I prefer a different approach, one that’s based on more than just hope. If you’d rather be prepared in some way, then consider three things. None of these will keep your life running “as usual” after a damaging EMP, but they will still make a big difference  . . .

First, having your own basic, independent, fossil fuel-free source of electricity to keep refrigeration, running water, heating controls and shortwave communication going at your house makes a great deal of sense. Even an EMP event that damages areas away from your home is still something that can cause the grid to collapse and shut down your power long term. The electrical grid is divided into sectors that are supposed to operate independently. Unfortunately, this independence doesn’t always help. This is proven by the very widespread power failures that have happened in the past because of a small, local issues. The Great Blackout of northeastern North America beginning on 14Aug2003 is a case in point. One little error in a control station in Ohio kept millions of people in the dark for days. I remember when it happened and it was clear, calm and storm free when the power went down.

The image below is of a solar generator I designed. I teach people how to build these things as part of a DIY solar energy course I offer. A unit like this provides basic power for essentials like lighting and charging, and it does the job without noise, fumes nor the need for fuel. 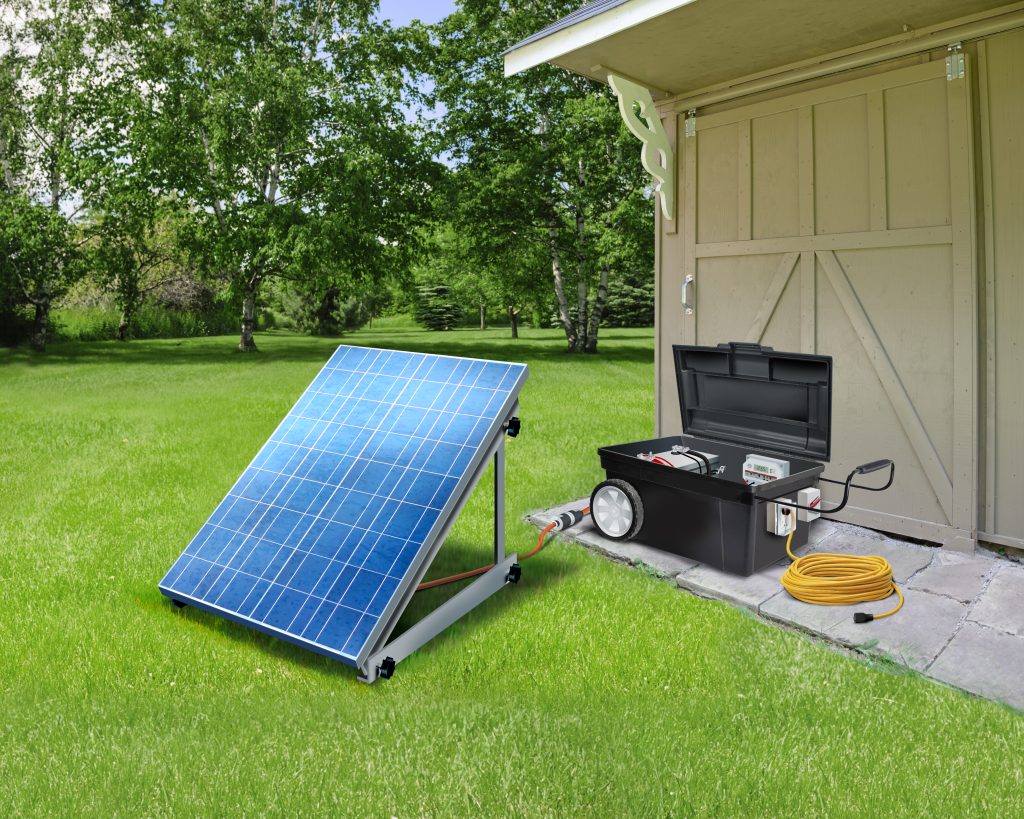 This build-it-yourself portable solar generator provides thousands of watts or power when needed, and operates silently, without the need for fuel. Click to watch a video about this course.

The second thing you can do is protect your essential electronics. Even though an EMP event doesn’t usually hurt large, coarse electrical items such as motors, heating coils and major wiring, it can damage sensitive electronics found in computers and anything with integrated circuits. Encasing sensitive equipment in a metal case that doesn’t touch the device is an effective way to protect it against EMP. In the world of electronics, this is called a Faraday box, and even a metal garbage can does the trick. Don’t ground the box. Is this a hassle? Yes. Is it worth the trouble? Only time will tell.

The third thing you can do is relax. The beauty of preparation is that it creates a legitimate space within which you can surrender your fears and worries. Just understand that preparation-and-relaxation is not the default human reaction to threats. What’s more likely is relaxation without preparation, and I believe this is asking for trouble. Why? Simply because you actually be completely relaxed knowing that you and your family are vulnerable. You might feel relaxed superficially, but many decades of reality have convinced me that a great deal of anxiety, discontent, mental illness and even physical illness is the result of nothing more than the natural reaction to ongoing, unprepared-for fears.

New From baileylineroad.com
How to Kill Mold: 7 Steps to a Mold-Free Home
Read Now

Do You Have a Place Worth Loving?
Read Now 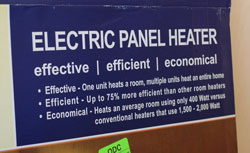 WHY IS THIS HAPPENING? Pasture Plants Thrive in Deep Quarry Waste
Read Now

HAND-FORGED AXE: Swedish Company Makes Them Like They Used To
Read Now 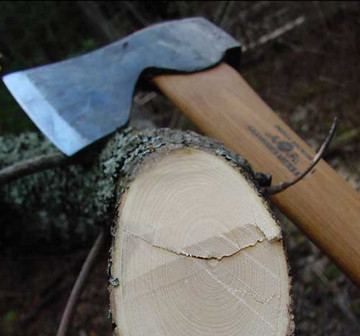