Impact drivers are a much better way to drive wood screws and sheet metal screws than cordless drills, and in 2002 impact drivers hit the North American building scene in a big way. They’d been popular in Japan for years before that, but it took a while for them to make it to this side of the world. I tested the first impact driver to make it to Canada in 2002 (made by DEWALT), and though designs have gotten better in many ways since then, loud tool noise has been a problem for a long time. Classic impact drivers use a mechanical system that’s loud enough that I use hearing protection for long work sessions. 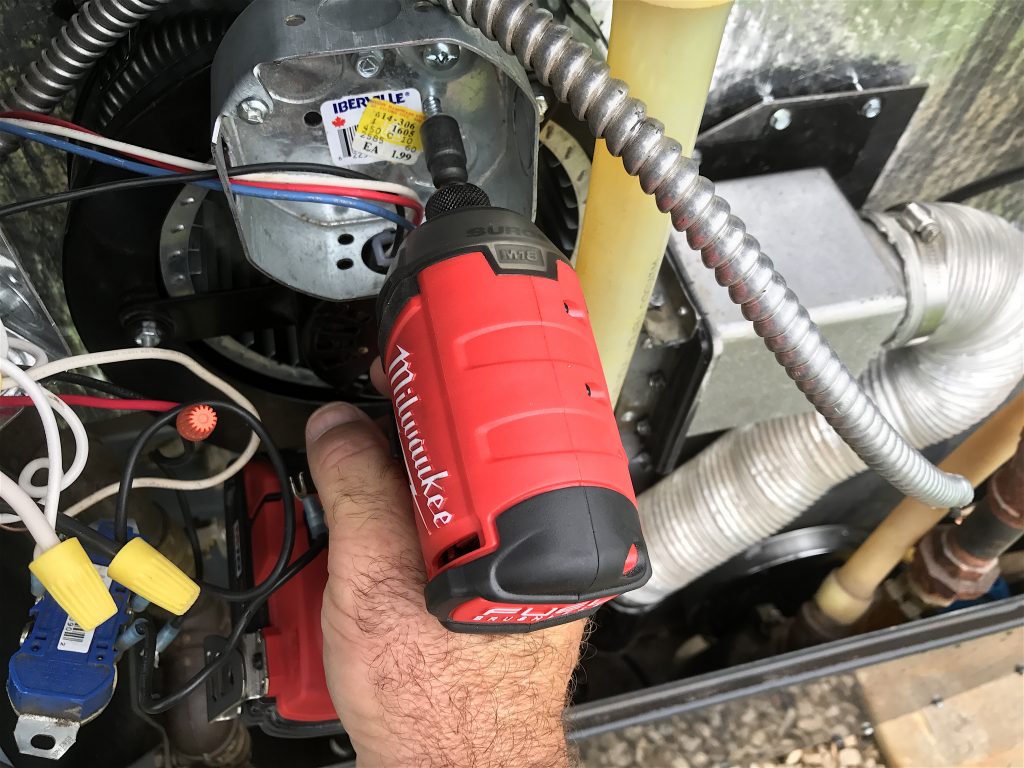 The new Milwaukee M18 Surge impact driver is different. That’s it in action at my place. This model is noticeably quieter because it uses a hydraulic oil drive that also delivers less vibration. Refinement, less noise and greater controllability are the two reasons I find this tool to be the nicest impact driver I’ve ever used. The tool is different enough that Milwaukee calls it a hex hydraulic driver to differentiate it from old style impact drivers.  There are three torque settings on the 2760-20 model for driving deck screws and a fourth setting for driving self tapping screws in metal. This setting is fast at first during the drilling phase, then torque drops off automatically so the threads don’t strip out. Overall length of the tool head is 1/2” shorter than the current Milwaukee impact drivers, so the 2760-20 is also easier to use and pop into your pouch. Cheapest street prices I’ve seen are $220CDN or $150USD for the bare tool. That’s just a few dollars more than Milwaukee’s conventional impact driver but the benefits are very much worth it in my book.

Are impact drivers new to you? Watch this video I made on impact driver technology back in 2009. See exactly why impacts are so much better than drills for driving screws, and look inside a leading edge model from that time to see how it works.