Even high-performance drill bits with complex tip shapes can be sharpened with the Drill Doctor. 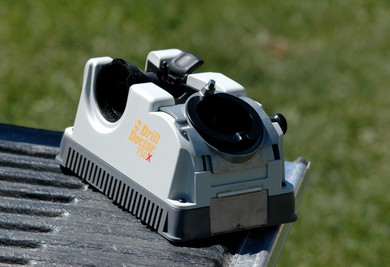 The heart of the Drill Doctor is a diamond wheel that grinds drill bit tips. Unlike grindstones, it doesn’t change shape with use, yielding consistent power tool and hand tool sharpening results.

Although complicated looking at first glance, the Drill Doctor 750X is easy to use. An instructional DVD makes it easy to learn by seeing. After ten minutes of watching the video you’ll be able to sharpen all dull drill bits in less than two minutes.

When I was a teenager, I was fortunate to live across the road from a guy who let me build things in the metalworking shop he had in his garage. Peter was his name, and the thing I remember most about the man was his ability to sharpen drill bits. Using nothing more than an ordinary bench grinder, he’d patiently resurrect all the tired, old drill bits I’d made dull while building things out of metal. Sounds simple enough, but have you ever tried to sharpen a drill bit freehand? It’s not easy. Despite years of attempts, I’ve never been able to reliably restore factory-fresh drilling action to old bits like Peter could. From conversations with other work shoppers I know I’m not alone in this challenge, and that’s why they invented a bench top sharpening tool called the Drill Doctor.

There’s no shortage of drill sharpening machines on the market, and many don’t work very well. At least not the ones I’ve tried. The challenge is always the same: creating the complicated combination of twisting and rotating motions that 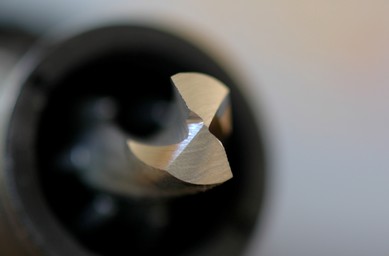 the bit must undergo as its tip touches the spinning grindstone. Get this motion wrong, and the drill bit won’t drill. Period. It’s this motion that good old Peter had memorized with his hands, and it’s also what’s proven so difficult for engineers to replicate by machine.

The Drill Doctor is one of the few drill sharpening tools that actually works, and its success comes because designers have found a way to regulate the complex combination of motions that yields a correctly shaped drill bit tip. Bottom line: Anyone can take a perfectly dull, perfectly useless drill bit and resharpen it so well that it’ll burrow into plate steel as if it were mozzarella cheese.

Drill Doctor makes a bunch of different models, and my personal favourite is the 750X. It sharpens regular twist bits at two angles (118º for regular drilling and 135º for boring holes in metal), but there’s something else, too.

Have you noticed the flood of fancy, high-performance drill bits hitting the market over the last few years? Look closely and you’ll see that they all have fairly complicated tip shapes. This feature is called a ‘split point’ and it makes for faster 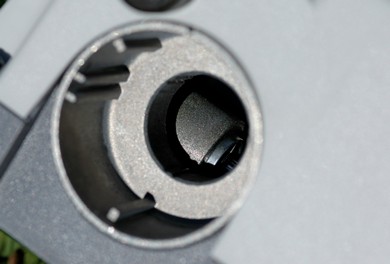 drilling and greater accuracy. Split point bits are more likely to drill where you want them to as well, rather than skate around until the hole gets started.

I know from experience that the 750X does a great job sharpening drill bits — both with a regular tip as well those with split tips. You can even add the split tip feature to ordinary drill bits, though hearing this is bound to make you wonder about something. Doesn’t the process take a long time? Doesn’t it just make more sense to buy new bits when they’re dull?

As it turned out the instructional DVD that came with the tool made all the difference. It comes with all Drill Doctor machines and is head-and-shoulders above simple printed instructions. After five minutes of watching the narrated video, I was ready to get to work.

Drill Doctor machines are available in many home improvement outlets and cost anywhere from $80 to $160 depending on the model. And while it will take quite a few drill bit sharpening sessions to make up the purchase price of the machine, there’s another advantage besides just saving money. When a minute or two of time can yield a fresh, sharp and hungry drill bit, many jobs around the house and workshop progress that much more quickly. It’s almost as good as knowing your very own guy named Peter across the road.