Are you confused about the correct type of salt to use with your well water softener? That’s understandable. There are different kinds of salts, but without the right knowledge it’s not easy to pick one. This article is all about why water softeners need salt, why it matters to pick the right salt, and how you can choose the best salt for your system. 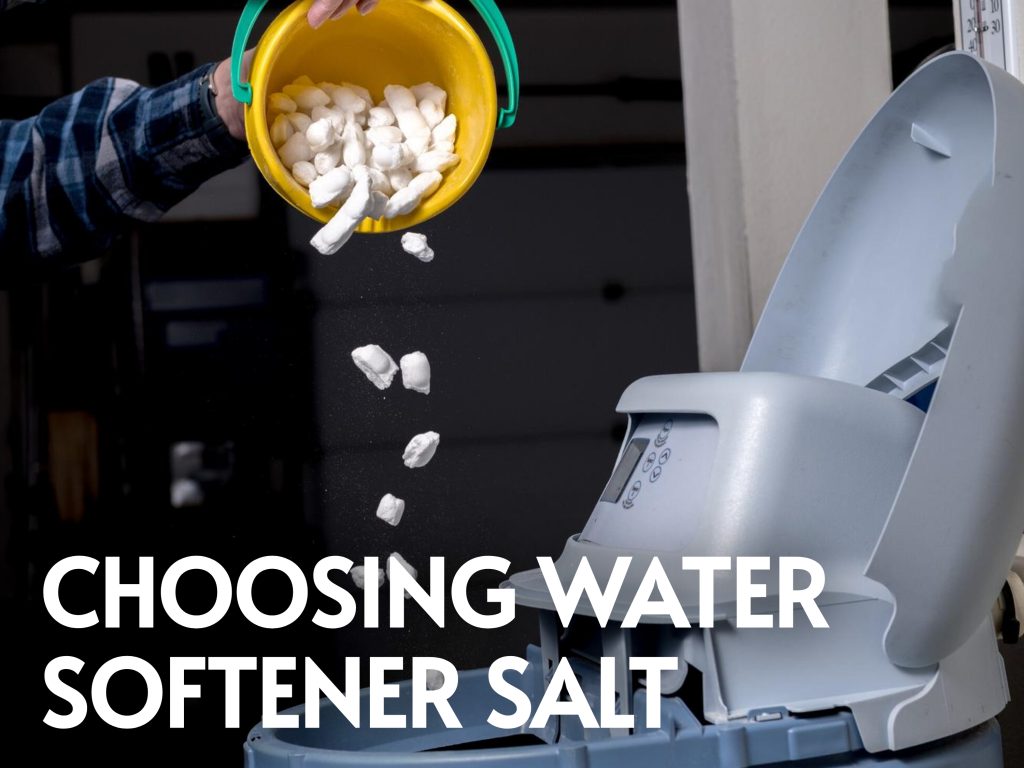 Why Are Salts Used in Well Water Softeners?

What Salt Should I Use for My Well Water Softener?

Rock salt, solar salt and evaporated salt are all valid options when it comes to salt for your water softener. However, they are not all created equal. Here is a breakdown of the three salt types based on the physical forms they take, and their advantages and disadvantages.

Rock salt resembles rock and pebbles, and the pebbly form helps it dissolve evenly in water. Rock salt is very cheap compared to any other water softener salt. Since it’s so economical, many people use it for softener, but rock salt has its disadvantages.

For one, it is impure. Rock salts contain a lot of calcium sulfite, a chemical that cannot dissolve easily in water. So, as the water softener softens water using rock salt, it leaves back calcium sulfite deposits in the system that can clog it up and reduce its efficiency and lifespan.

You can find solar salt in two forms; pellets or crystals. Solar salts come from seawater. The salt is left behind when the sun’s heat evaporates seawater. Solar salt is a pure salt, and it dissolves easily in water. It also has other uses outside water softening.

Evaporated salt is the most expensive water softener salt, but if you consider its advantages, you’ll find that it’s worth every penny. Evaporated salt comes in the shape of pellets or cubes, which help it dissolve faster and evenly in water. This type of salt is the purest available, which means you don’t have to worry about insoluble minerals building up in your water softener. It saves you from costly maintenance issues or shortened softener life.

Like most things, it’s best to spend a little more for higher quality. Purchasing the highest quality salt for your well water softener will save you a few more pennies on maintenance and bring better results to the softening process.

Evaporated slat is the best choice by far. Solar salt works well, too. Rock salt can cause issue due to impurities, but it does the job.