There’s a hidden source of joy that’s both deeply satisfying and more thoroughly forgotten than ever. It’s the satisfaction that comes from fixing things and building things yourself. I know this sounds too simple and at least a little bit homely, but it’s true. And like many authentic truths in life, this one is so plain and out of fashion these days that few people know it exists.

The fact is, our world has a deeply ingrained “buying new is best” mentality. But it’s entirely possible to break free of this into a new realm of deeper satisfaction. And the experiences of some of my boys over the last year is proof. 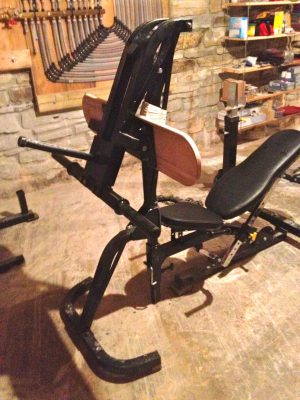 Robert and his brother Joseph are into weight lifting, and last year the leg press machine they have in the basement failed under the strain of use. Metal bent, broke and failed. Robert had given up on the whole machine and wanted to trash the thing and buy something new. I suggested we repair it. “We could make it better than before”, I told him. “Better strength and it wouldn’t cost us more than a few hours in the shop with the welder.”

Robert didn’t buy the idea at all. He dug in his heels, but decided to give it a try, mostly because I didn’t give-up on the idea. He still had that old “new is best” mindset, but wasn’t crazy about spending the money that this mentality demands. So he agreed to the repairs, not at all confident we could pull them off.

The original leg press machine started to bend and break when the boys were using 330 lbs of weight on it. A year after the repairs, there’s no sign of stress or breakage on our modified version, and they’re using more than 500 lbs these days. Robert has also learned something valuable, too. His perspective on things has changed: “I’m glad the leg press broke, Dad”, he told me. “I like our modified machine way better.”

Here’s a view of the repairs we made: 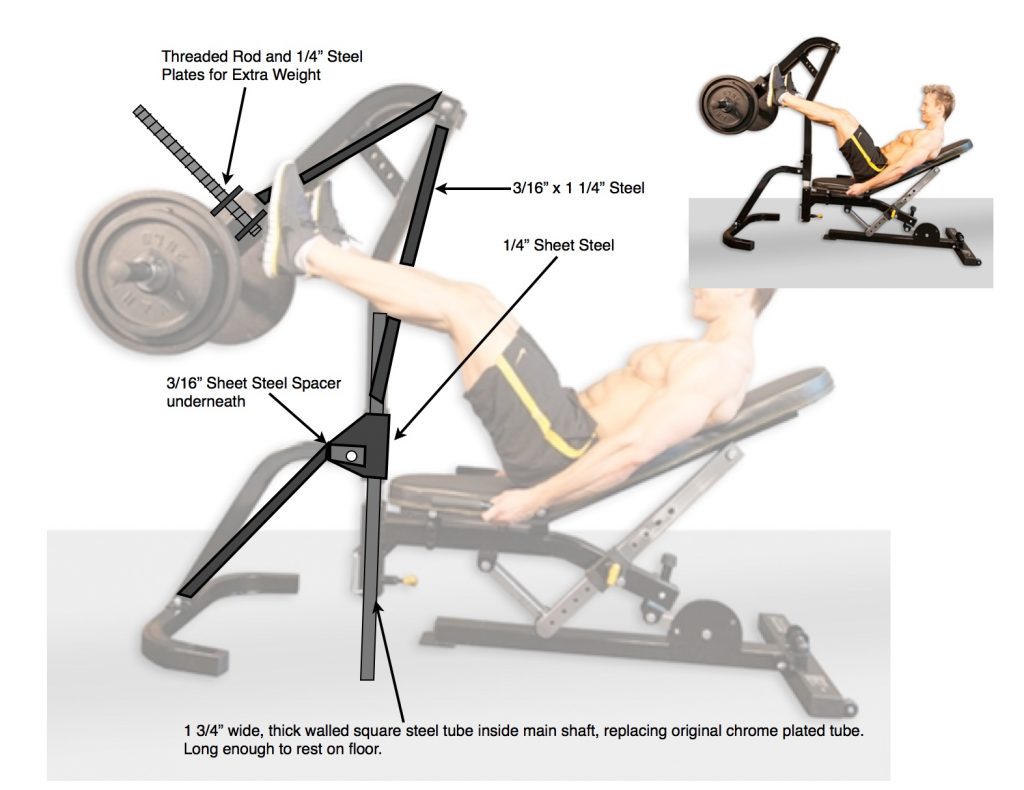 Robert had this same lesson driven home this summer with his first car. He bought a 2003 Toyota Echo that was taken care of very carefully in every way except one. It had never been oiled to prevent body rusting, so there were a couple of rust bubbles and a rust hole just ahead of the rear wheels.  Like all auto rust issues, the reality of the decay was much worse than the initial appearance. By the time we got done cutting out all the rust, the walnut-sized holes were big enough to put a grapefruit through. And when a young man sees such things on a car he just bought, it takes it’s toll. He was not happy.

“This is terrible”, he said, looking at the gaping cancer in his beloved car. “Did I make a mistake getting this thing?”

“Not at all”, I told him. “You’ll actually like this car better when we’re finished with it than if there’d never been any rust. Trust me. That’s the way it is with repairs done right.”

So we did the job right. We filled the holes with metal, found perfectly matching paint, then oiled the whole car generously after the repair was done to stop any existing rust in its tracks.

“You were right, Dad. Every time I walk past the car it makes me happy. I really do like it better because we fixed it and it turned out so well.”

That’s the magic of DIY done the right way. By putting something of yourself into the venture, you definitely get something more out. It’s the kind of satisfaction that money can never buy.