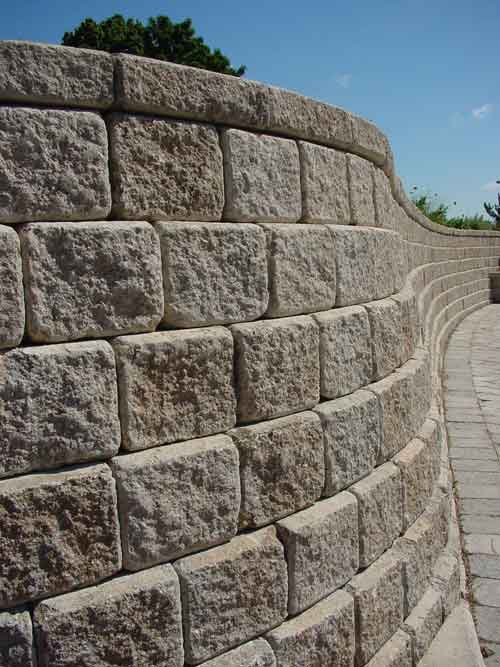 Many of life’s problems can be solved, but others stubbornly and absolutely resist any kind of after-the-fact fix. Failed retaining walls are of the latter, a fact I’m reminded of from time to time by readers looking for help. Feeling like a doctor delivering news of a terminal illness, I explain that the only thing that would have made a difference needed to have happened long ago, when the retaining wall first went up.

The main thing to understand is that holding back a wall of soil is more physically challenging than it appears. That’s because elevated soil is always exerting pressure against retaining walls – lots of constant pressure. In most parts of Canada it’s even worse because cold wintertime temperatures cause wet soil to freeze and expand, exerting even more pressure against any wall that has the audacity to try and contain it. Bulky timbers or hulking slabs of precast concrete may look sturdy enough to do the job, but they probably can’t hang on long-term without help.

You’ll probably have to speak up to your contractor to get drainage, mechanical reinforcement and geogrid features built into your new retaining wall. These details aren’t installed as often as they should be. That said, a little assertiveness up front is way better than a collapsed retaining wall, a big bill and the regret of knowing that it didn’t have to be this way.