Just like everyone who lives with winter, I have walkways, steps and porches that get slippery each year. But for years I’ve been disappointed with salt, ice-melting products and sand for boosting traction. They’re messy, they often damage concrete, residue gets tracked into the house, and they don’t even work all that well. These drawbacks are what prompted me to look at a new Canadian winter traction product that uses a volcano to solve the traction challenge. 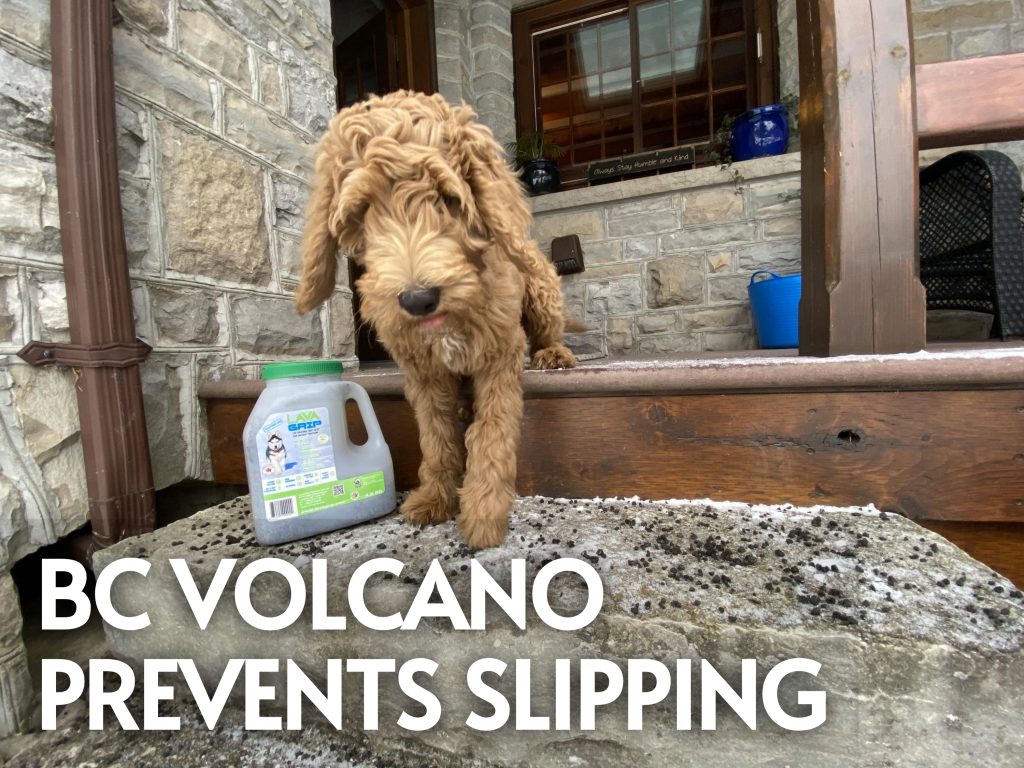 On the traditional lands of the Nazko First Nation, 90 km (56 miles) west of Quesnel British Columbia, you’ll find a geological formation called the Nazko Cone. It’s a potentially active volcano that has delivered black scoria rock to the surface for millennia. Besides the fact that this rock contains valuable plant nutrients, it’s also exceptionally good at delivering traction on ice and snow. There’s nothing complicated about how it works. You can see Lavagrip in action below.

The black scoria is ground into chunks that are larger than usually used for traction – the largest of which are about the size of a young garden pea – then packaged in a jug or bag for easy sprinkling. Sold under the brand name LavaGrip (www.lavagrip.com), it’s not only harmless to pets and plants, but functions as a soil conditioner when warm weather comes back.  Sweep LavaGrip off your walkway when the danger of ice has past and your lawn and flower beds will do better because of it. You definitely wouldn’t get this same effect with ordinary rocks. Got pets? Salt and other ice melting chemicals can get between paw pads, irritating them and sometimes generating enough heat to be painful. Concrete hates salt too, as anyone with a deteriorating garage floor or walkway will testify. Black scoria, by contrast, hurts nothing.

CanLava Mining Corp produces LavaGrip and works in partnership with the Nazko First Nation economic development corporation because the Nazko Cone is on their ancestral lands. A bagging plant, public tours, a boardwalk, and even a geothermal energy program are being considered. This geothermal angle is interesting because it goes hand-in-hand with the geologic activity that formed the Nazko Cone in the first place. The reason the volcano exists at all is because molten rock rises closer to the surface there than other places in the world. You can see it in action at my place below. 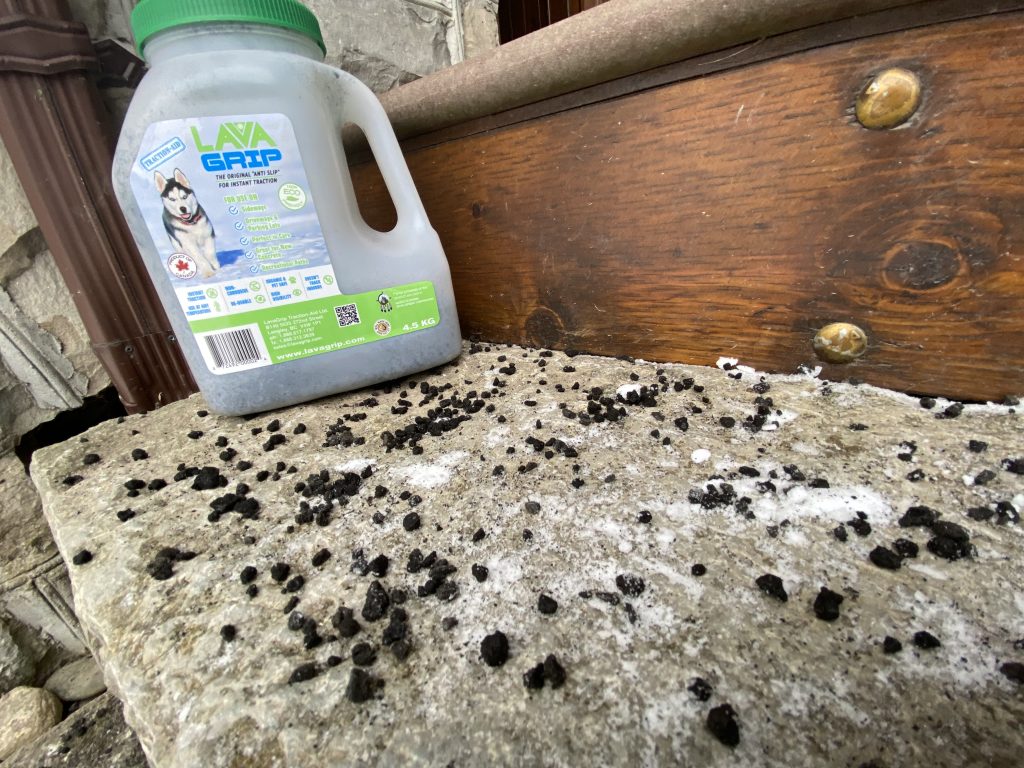 LavaGrip isn’t the only business venture the Nazko Economic Development Corporation is involved with. They have a silviculture operation, they own and operate a logging company, a store, a tourist lodge, and they partner with outside corporations in wood processing and gold mining. It’s a good news story with lots to teach.

I used LavaGrip all last winter and I like it more than any other traction product I’ve tried over the last 30+ years. Besides the fact that it doesn’t get tracked around by foot, it simply works really well, both right away and over the longer haul. Particle size is part of this, but so is the fact that black scoria isn’t all that hard as rock goes. It crumbles slowly under foot traffic, exposing fresh, sharp chunks that dig into ice and keep you from slipping. And when spring finally comes again there won’t be the kind of burned lawn edges, withered perennials and collateral damage that other traction products can cause. You can also sweep up LavaGrip and use is again next year if you’re keen to recycle. I’ve also noticed that you use much less LavaGrip than salt because the rough particles don’t dissolve but stick around continuing to work. Even though it doesn’t melt ice by chemical reaction, the dark colour of the black scoria attracts solar heat on sunny days, allowing the particles to melt into the surface providing more traction than if the product was sitting only on top. Like I said, nothing complicated here, it just works.