You can Win Big Prizes from DEWALT and STANLEY!

Got a DIY project you loved working on? How about one you hated? Tell us about it!

Steve Maxwell is bringing the year to a close with the DIY VIDEO CONTEST to end all DIY VIDEO CONTESTS. All you have to do is submit a video about your favorite DIY project. Tell the world why it rocks, and show us your best. Or your worst. Tell us your DIY Story. You built it, now share it with the rest of us. On December 6th entries are going to be open for voting until December 12th, when we’ll announce the winners and ship the prizes before the holidays.

The contestant who receives the third highest number of votes will receive the Stanley® Cross90™ – model STHT77341 Cross Line laser.

Contest Rules – Rules for I BUILT IT CONTEST 2014 from Steve Maxwell(also known as Sponsor, interchangeably with third party prize sponsors. )

II. Prizes a. There are three prizes to be awarded in this contest, consisting of i. one (1) first place prize DCN692M1 DEWALT 20V MAX* XR Lithium Ion Brushless Dual Speed Framing Nailer ii. one (1) second place prize Bostitch SmartPoint™ 18GA brad nailer – model BTFP12233 iii. one (1) third place prize The Stanley® Cross90™ – model STHT77341 Cross Line laser. b. Prizes will be awarded based on a voting system. Voting will begin at the close of registrations. III. Voting a. Voting system will be online as of December 6th, 2014. Users will vote for their favorite videos and at the end of the voting period the three videos with the most votes will be declared the winner of the competition. The voting period will last 7 days and end at midnight, December 12, 2014. At the end of the voting period, the winners will be announced and the prizes shipped. b. We have taken measures to develop a secure and reliable voting procedure for SteveMaxwell.ca, however if it is determined that the results are unreliable due to fraud or exploitation Sponsor reserves the right to appoint a panel of judges to finalize the results of the contest and declare winners to the satisfaction of the Sponsor or his designee. IV. All restrictions as listed at https://baileylineroad.com/contest/contest-general-rules/ will be treated as in-force unless otherwise stated in this document. a. Residents of Quebec (PQ) and Rhode Island (RI) are ineligible for this contest due to local regulations pertaining to prize giveaways. b. One (1) entry video per person will be allowed for the contest. c. Employees of Dewalt, Stanley Black & Decker, Sponsor or his designee, including employees of media agencies and outlets where this promotion is published are ineligible to enter the contest. 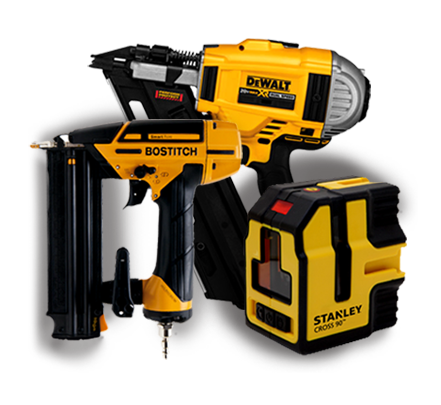