Do you remember beef tasting better years ago than it does today? I do, and I don’t think it’s my imagination. It took me a couple of decades of searching, but now I know why beef really did taste better when I was a boy. It’s not cooking technique, as important as that is. It’s not necessarily the place you buy beef, either. Lots of expensive beef is only so-so in taste and texture. Even where I live, on Manitoulin Island, Canada – arguably the beef capital of Ontario – exceptional beef isn’t easy to find. In the end my quest for a great steak eventually led to one particular farming family here on the Island.

Jim and Birgit Martin are Manitoulin Island farmers who trace their farming heritage back ten generations. They were also the first farmers I met who agreed to try an idea I had for recapturing the kind of beef experience I used to enjoy growing up. That’s them in the photos below: 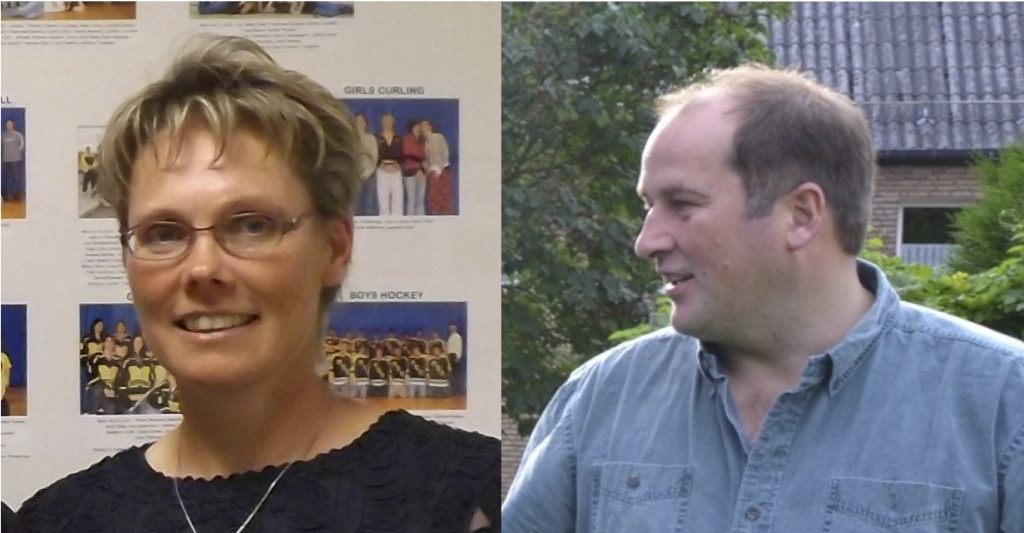 Back when I was a kid in the 1970s, I remember tender, exceptional steaks cooked by my dad on the barbecue. No marinade. No steak sauce, just great beef, with perhaps a bit of salt and pepper added later. Somehow the supermarket steaks I’d bought over the years as a man never, ever tasted that good. Was it just my imagination? Was I fondly remembering beef that wasn’t really better than today’s?  I decided to ask some old timers the big question:

“Did beef taste better than it does now?”

“You bet,” one old butcher told me. “Supermarket beef doesn’t taste as good as it used to. Not even close.  You really notice it with the steaks, and the difference goes back to aging. Even regular supermarket beef up to the 1970s was dry aged. All that changed in the 1980s when the meat business dropped dry aging to boost profits, putting beef in plastic as soon as it left the packing plant. They say it’s supposed to “wet age” in that plastic as it travels in trucks to the stores, but that’s nonsense. You can’t beat dry aging.”

Okay, so, what is dry aging? It’s the practice of letting full sides of beef hang in a cold place (a degree or two above freezing and no more) for at least 21 days. Was that it? Was lack of dry aging the reason regular beef today never tastes as good as I remember?

After ten years of buying local beef from farmers here on Manitoulin (that usually tasted no different than supermarket beef, and occasionally was much tougher), I met Jim and Birgit Martin. They were the only farmers I’d met on the Island who would consider raising their cattle so the beef could be dry-aged for the 30 days I was told was necessary to get that old-time taste. Back in 2000 they’d never done it before, but they agreed to try when I asked them.

The mouthful of that first dry-aged steak from the side of Martin beef I bought in 2000 brought me back to 1974, around the dinner table eating a nice big T-bone that my dad barbecued. The taste hadn’t been in my imagination after all. It’s was real and I’d rediscovered it.

It’s been 20+ years since I convinced Jim and Birgit to dry age some beef for me, and now they do it all the time. In fact, when I buy a side of beef from the Martins (and sometimes even a whole beef) I get it aged for a whopping 60 days before cutting. I ask them to age it that long because of something interesting I discovered in my experiments.

Once you get past 45 days of dry aging, an exceptional flavour kicks in – far better than even what I remember as a boy. It’s not just that this beef is tender – even the stewing beef is super-tender – but that the beef takes on a much better flavour. The flavour is so good, some people don’t even add salt. The funny thing is, butchers are rarely on board with extreme dry aging. Ask 100 butchers what they think of aging beef, and 90 of them will tell you it makes no difference. It’s a classic example of professional blindness.

There may be exceptions, but every butcher I’ve talked to says that aging for more than two weeks makes no difference to taste. Apparently, they’re even taught this in butcher school. I don’t know what to say, except “try the stuff”. Dry aging up to and beyond 30 days makes beef that’s entirely better. It’s shockingly better.

That one request of mine for Jim and Birgit to age some beef has become part of a unique direction for their farm. Instead of selling live animals into the commodity market (at barely profitable prices), they’ve created their own brand of ready-to-cook beef (www.pureislandbeef.com). It’s still a small venture, but they ship across Ontario, Canada to a loyal group of individuals and small butcher shops who buy from them directly. Here’s the logo they had made up:

I even graze 50 or 60 head of their cattle at my place now each summer. The logo you see above is on the window of one of the fanciest butcher shops in Toronto now, too. Not bad for a little family farm in the middle of nowhere, isn’t it?