Back in May, as I was driving through Gravenhurst, something unusual caught my eye. Stacked next to a tall, elegant waterfront building under construction was a tarped pile of building products with the name ‘Formtech’ printed on the side. I recognized the company as a Canadian manufacturer of insulated concrete forms (ICFs), and that’s when it all clicked. I’d heard about ICF technology beginning to make its way into large, commercial projects like this, but had never seen it before in person. 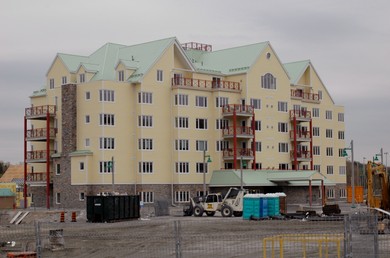 The building that caught my eye is the Ditchburn Condo, part of a $200 Million waterfront development called Muskoka Wharf. And the fact that Canadian ICFs are now towering there six stories high is a landmark gain in the advancement of this technology. This application also has something to offer you as an environmentally-conscious homeowner interested in building new or putting up an addition.

ICFs are a building system that combines the energy efficiency of rigid foam sheets with the structural strength and soundproofing qualities of concrete. They’re made by a number of companies these days, and all operate on the same basic principle. Foam takes the place of wooden forms, remaining in place after the concrete has cured. This creates a continuous layer of insulation on both interior and exterior wall surfaces, with a large thermal mass sandwiched in between.

When ICFs first arrived on the Canadian building scene more than 20 years ago, they were only used for basements, and they still work well in that application. ICFs yield a foundation that’s prime for turning into a finished rec room or 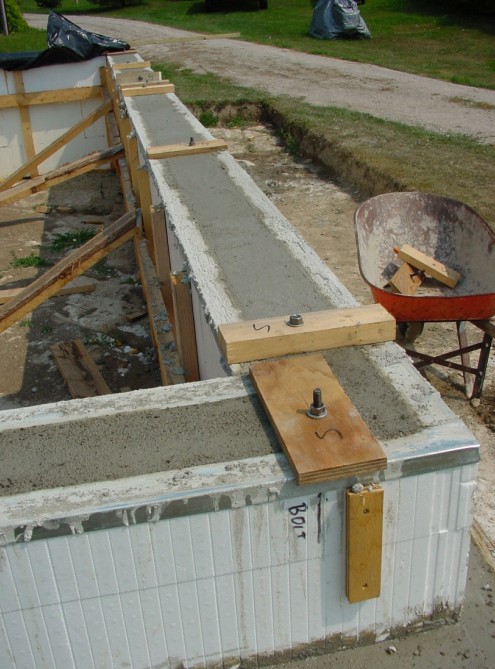 basement rental suite later on, and that’s why ICF technology began catching on in a big way. But if warm concrete walls are good below ground, why not above? That realization slowly led to the use of ICFs for above-ground walls in homes and cottages.

The Ditchburn Condo at Muskoka Wharf is the latest step in the upward movement of ICF building systems, and with it comes some energy analysis stats that say a lot, even for people thinking of building small. I predict we’ll see more multi-story ICFs going up in the next few years, plus lots of single family dwellings and cottages.

Besides offering a high level of fire resistance and sound exclusion, the ICF construction at the Ditchburn Condo made the building eligible for a federal government campaign called the Commercial Building Incentive Program (CBIP). This awards up to $60,000 towards the design costs of commercial buildings that are able to save at least 25% of the energy used by similar buildings constructed to the latest code standards. Typical ICF buildings save as much as 70% on heating and cooling costs, so eligibility was no problem. This translates into ongoing savings for Ditchburn residents.

I’ve worked with ICFs personally on small projects, and plan to work with them again. The forms are light and a lot easier to assemble with than plywood forms. ICFs are also terrific for rocky, cottage country building sites. It’s quite 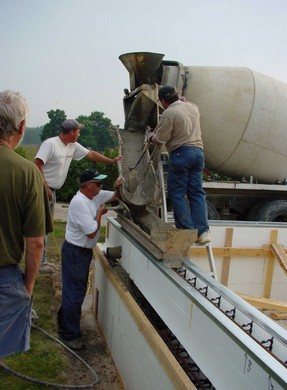 easy to scribe and cut the foam forms so they follow undulating bedrock closely. There’s no neater and easier way to build a foundation on rock.

As you’re planning an ICF project though, you must take into account the need for concrete handling equipment around the building site, especially if your building is higher than one story. Also, it’s not very easy to alter window and door locations after an ICF building is up.

But these drawbacks aside, I’m glad ICFs are here. They’ve proven themselves worthy from the ground up over the last two decades. In a world with high energy prices, volatile weather patterns and rising consumer expectations, ICFs are one of a handful of leading-edge building technologies that are making a difference.