Sharpen Up: A fast, simple and effective way to makes chisels, planes and pocket knives work like they should

While we’ve never had access to as many great home improvement power tools as we do today, optimal DIY results sometimes still depend on very sharp chisels and hand planes. There are no professional services that can handle this job for you, and while sharpening remains a difficult mystery for many people, it doesn’t have to stay this way. Using 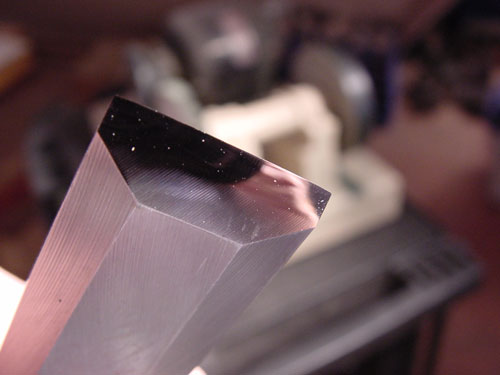 the simple equipment and an unconventional technique I’ll show you here, it takes three minutes or less to hone an edge sharper than a new razor blade.

You first need to realize the difference between grinding a tool and honing it. Grinding is a coarse operation that creates the proper angle between two metal surfaces that form a cutting edge. The operation usually happens on an electric grinding wheel. If the bevel angle is too blunt, the edge won’t be able to slice, no matter how finely it’s honed. A bevel angle that’s too thin leads to a weak edge that chips and breaks quickly. Standard chisels and plane irons work well with a bevel angle of 25º to 30º. Honing is different than grinding, and it involves polishing a properly angled edge so it’s smooth enough to slice. Where you might only have to reshape a tool by grinding every few years, honing might be required half a dozen times during a day of heavy use. 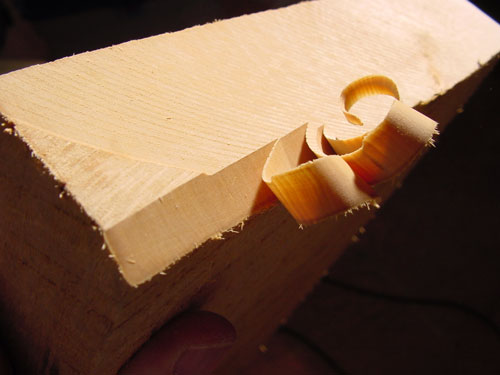 My approach is different than traditional honing methods because it doesn’t involve sharpening stones. Instead I use a hard felt buffing wheel spinning on a bench grinder. Instead of rubbing the edge of a chisel or plane iron against a sharpening stone by hand, you hold the tool edge stationary against the spinning felt wheel after it’s been charged with a fine, waxy, abrasive polishing compound. Even though the abrasive involved is so fine it feels like a wax crayon, you’ll get sharp results very quickly because there’s so much movement of the felt wheel against the stationary tool. Buffing is a powerful technique, but there are three details you need to put into practice for success.

Sharp tools might seem unnecessary, but they’ll always be important for optimal results installing doors, trim or any kind of finish work. The fact that a little modern equipment speeds the job of keeping chisels and planes sharp is one way old things and new can work well together.