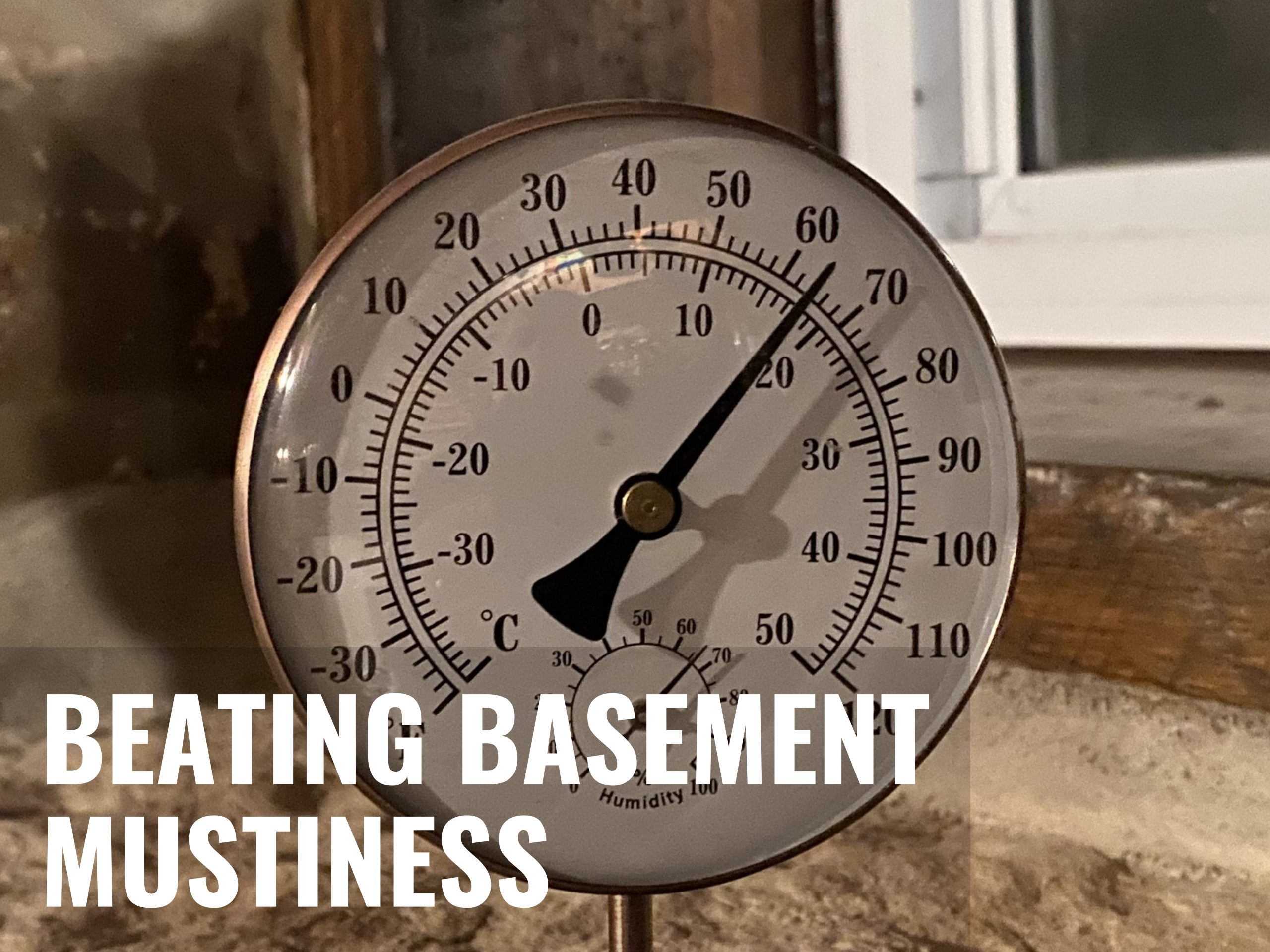 If ever your basement was going to smell musty, the height of hot summer weather is when it’s most likely to happen. The thing is, musty basements are more than just annoying. They’re also an indication of poor indoor air quality and mold growth happening somewhere downstairs. The most likely cause is a seasonal moisture dynamic that’s easy to misunderstand, and it’s this misunderstanding that leads a lot of homeowners into trouble during warm times of the year.

Almost all mold requires an elevated level of moisture to grow. Maintain dry conditions in your home and mold/mustiness will not be an issue. The thing is, when it comes to basements, liquid water leaks are only one source of damaging moisture. Just because your basement seems dry to the eye, does not mean it actually is. Airborne moisture is the reason for a lot of musty odours, and to understand how this happens you need to understand something called relative humidity.

All air has the ability to hold invisible water vapour, and this ability varies with temperature. The higher the temperature the more water that air can hold. When warm, moist summertime air is allowed to enter a cool basement, that air loses some of its ability to hold moisture as it cools down. If the relative humidity of the outdoor air is high enough to begin with, and the temperature of your basement cool enough, the relative humidity of the infiltrating air can reach 100% downstairs. This is not because the total quantity of moisture in the air has increased. It has stayed the same. Rather, the relative ability of the air to hold moisture has decreased because the air is now cooler. The resulting condensation probably won’t cause visible moisture to appear on surfaces, but it can still raise moisture levels within walls and especially deep inside basement carpets. Whenever it’s warmer outside than it is in your basement, the potential for cooling and basement condensation exists. And though there is an effective solution,  it took me years to figure out because it seems opposite to what you’d think would work.

The main thing to understand is that summertime air is the source of moisture that’s triggering mold growth and mustiness in your basement, so you need to keep the air out. While musty smells might make you want to open basement windows, that is exactly the wrong thing to do when it’s hot and humid outside. In practice, open basement windows only when it’s cooler outside than it is in your basement. Whenever it’s warmer outside than downstairs, keep the windows closed and use either a dehumidifier or air conditioner to bring basement humidity down below at least 70%. In my experience this is the moisture threshold that triggers mustiness. Aiming for a basement humidity level of 60% to 70% is a good compromise between dry conditions and economical electricity use.

Getting a humidity meter is the first step to managing your basement so it’s free of mustiness year-round. This is essential because it’s the only way you can know what’s going on down there humidity-wise. You’ll also need a dehumidifier or some kind of air conditioner. Both will remove moisture from the air, though AC delivers more drying action for a given amount of electricity consumed. If you do opt for a dehumidifier, get one that’s rated to remove at least 70 pints of water per day. Many models are smaller than this and don’t deliver the drying power needed.

Are you planning to finish your basement? Carpet and underlay applied directly to concrete floors is common but also much more likely to trigger condensation than any other part of your basement. Always install basement carpeting on some kind of insulated, vapour-proof subfloor. Click here for a video lesson on basement mustiness.