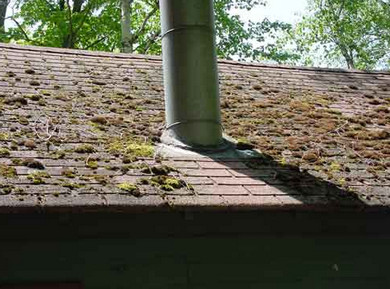 If you’re planning some roofing this year, you face both challenges and opportunities. The world of roofing is more technically complicated than ever, and that’s the challenging part. There are lots of new material choices, and while making sense of these means you have to do your homework, today’s best intelligent roofing opportunities also deliver a substantially more secure and longer lasting roof than what was possible even ten years ago.

Three-quarters of all North American homes are covered in some kind of asphalt shingles, and that’s not likely to change any time soon. Asphalt looks good (sometimes even great), it offers an impressive working life, and it’s also the focus of lots of industry R&D. Fiberglass is one product of this research. 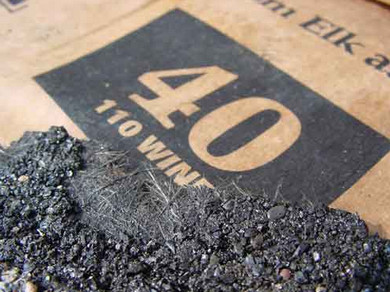 Despite the name, these are flexible and look pretty much like so-called organic shingles – the industry name for the same old ordinary asphalt shingles we’ve had for decades. What’s different about fiberglass shingles is what’s inside. Instead of a felt-based substrate that’s the foundation of organic shingles, fiberglass has asphalt and gravel impregnated into a non-woven matt of glass fibers that offers two main benefits, both of which spring from their high heat resistance. 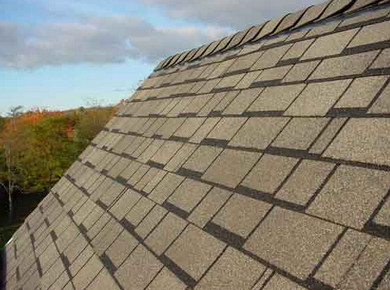 Fiberglass shingles have a measurably better fire rating than organics. In experiments I’ve conducted, it’s difficult to get them to burn at all – even in a raging bonfire. Fiberglass shingles are far less likely to ignite on your roof, and far easier to extinguish in the event a fire does start. The high heat resistance of fiberglass shingles also translates into a greater ability to age without curling, especially on roofs that run hotter than ideal because of inadequate ventilation. If your home includes cathedral ceilings or a SIPs roof structure, fiberglass shingles are a no-brainer. 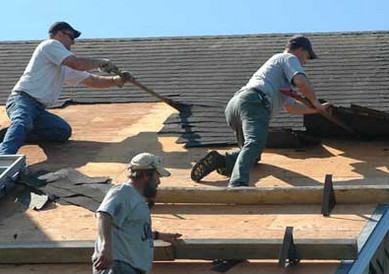 Longevity is another feature of today’s smartest roofs. Top of the line asphalt shingles sport a 40- and occasionally even a 50-year warranty. These do cost more than standard shingles, but the money is well-worth it. Considering that at least 50% of the cost of a new roof is labour (much more if an old roof needs to be stripped first), then longer-lived shingles offer a lower annual cost because they spread labour expenses over a longer period.

Regardless of the shingles you install, consider the value of zinc strips to prevent the growth of rooftop lichen and moss. Though not a problem with metal roofs, these pioneer organisms are especially suited to thriving on the bare, rock-like surfaces of asphalt shingles, breaking them down as part of the first phase of soil formation. And while this is great for the natural landscape, nobody’s told the lichen how bad it is for your shingles. Rooftop growths of this kind shortens shingle life by at least 30%, though it’s easy and inexpensive to prevent the problem from ever happening in the first place. 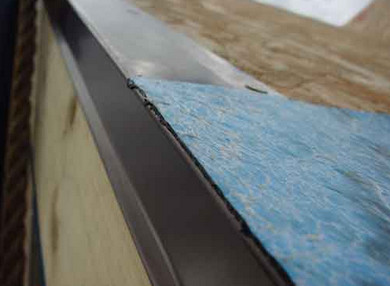 Strips of sheet zinc installed along the edges of cap shingles so they reveal at least 1-inch of metal to the weather does the trick. As tiny amounts of zinc are dissolved in rainwater and melting snow, it runs down the roof surface, preventing lichen and moss from getting started. The zinc is non-toxic to everything else, including green plants, so it’s completely safe. Zinc is so mild, in fact, that it usually can’t even kill existing roof growths – only prevent them. Each zinc strip protects about 20 downhill feet of roof surface, so wider roofs may need two strips to stay clean. 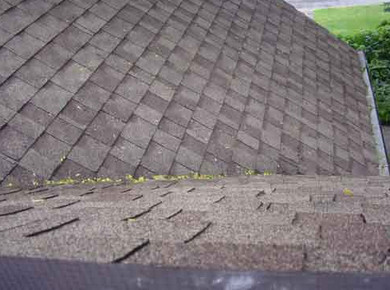 One of the smartest roofing innovations you get isn’t anything you buy. It’s a method of installing shingles over valleys. Although not yet universally popular, the use of woven valleys is on the rise and there are three reasons why. Woven (sometimes called closed) valleys are made by shingling right over top of the intersection zone between adjoining roofs. This approach looks better (no visible metal flashing as in traditional open valleys), it’s faster to install (no cutting of individual valley shingles), and woven valleys are more reliable. Used in conjunction with self-sticking underlay, the result is every bit as reliable as the rest of the roof. The best kind of shingles for woven valleys are non-tab asphalt. Without having to align the pattern of vertical slots found in three-tab shingles, you can start valley shingles wherever it makes the most sense for repelling rain while keeping shingle-to-shingle joints away from the valley itself.

High performance roof underlay is poised to make an even bigger improvement in roofing systems than it already has, and that’s saying quite a bit. When self-sticking ice and water shield first began taking over from traditional tarpaper underlay in a big way, more than a decade ago, it offered a secondary measure of water resistance that surpassed the ability of shingles to hold back standing water around the eaves. Today more and more home builders are using self-sticking water shield underlay as a matter of course, even over the entire roof surface. As violent weather events become verifiably more common, and roof damage more and more likely, a reliable secondary barrier is cheap insurance against leaks, especially in locations where wintertime roof repairs are difficult or impossible to complete. When it comes to underlay sophistication, we probably haven’t seen anything yet. There’s more room for improvement here than any other part of the roofing recipe, including qualities that improve energy efficiency.

Delta-Maxx Titan is one unique case in point. It includes a reflective, radiant surface than “shines” the sun’s heat back in summer, reducing attic and household temperatures during hot weather. It also includes an absorbent bottom layer that can soak up two litres of liquid water per square meter, allowing to deck to dry through the waterproof, yet moisture-permeable top layer.

Although you might think that your roof sheathing never gets wet, it probably does, at least a little. Wintertime attic condensation can elevate wood moisture levels from the underside, while roof leaks and wind-blown rain driven in underneath shingles can trap moisture from above. If this moisture isn’t allowed to escape in some way, it will rot your roof sheathing – often far more quickly than you’d think. Vapour permeable underlay, on the other hand, has the ability to keep out liquid water, while still allowing damp wood to dry.

The nuts-and-bolts of optimal roofing is a moving target, and standards are on the way up. Advances in materials and techniques are raising the bar on roof reliability, making it easier than ever to be pretty smart about putting a great roof over your head.

The trickiest part of shingling a roof neatly is the place where two peaks intersect. Cap shingles need to bend in two directions here, and while ordinary roofing tar holds shingles down effectively in this situation, it takes several days before tar is firm enough to do the job. This is where a hot melt glue gun can help.

Apply tar to the underside of the shingle as usual, in almost all the places required to hold the shingle down. But leave a small underside area bare, however, for a few shots of hot melt glue. Whip the cap shingle into place, press it down quickly, then hold it still for several minutes while the hot melt cools and hardens. It’ll hold the shingle in place until the tar cures and takes over the job. 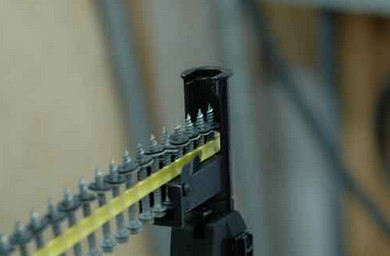 Rapid installation speed is one big reason metal roofs are popular. Putting down a wide swath of roofing that goes from eaves to peak really makes the job go fast, though screw installation is still a bottleneck. Grabbing a porcupine handful of screws from you pouch, punching a hole in the steel, then driving them home with a cordless drill can really slow you down, though it doesn’t have to be this way. The PROHX14G2 is one of several auto-feed screw guns that drives collated roofing screws into metal roofing like a semi-automatic firearm shoots cartridges. Every time you push the nose into the roof, a new screw gets driven home. Collated roofing screws come in a handful of different colours to match roofing metal. The PROHX14G2 is also a fast way to installed metal wall sheathing.

Sidebar: While You’re Up There… 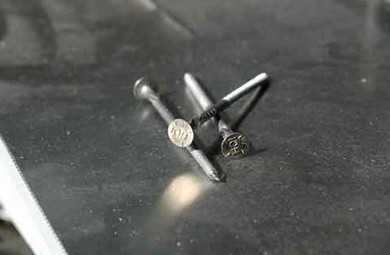 When high winds wreak houses, it’s usually because roof sheathing gets ripped off from the underlying wooden framework. Actually, vacuumed off is a better description. As destructive, hurricane-force winds pass over a house, it creates a powerful upward suction that’s actually been observed to pull standard, 2 1/2”-long sheathing nails right out of the trusses they’re pounded into. And once the roof is gone, it opens you house to a whole lot of unnecessary storm damage. All this is why Bostitch invented the Hurriquake nail, and why you should consider using them to reinforce roof sheathing before it’s covered with a new shingles or metal. The Hurriquake nail costs about the same as other gun nails, and they work in all standard nailers, too. But a larger head and spiral shank boosts pull-out resistance by about 200%. Whether you’re building new or re-roofing, it won’t take long to reinforce the roof deck before the new roof goes down.