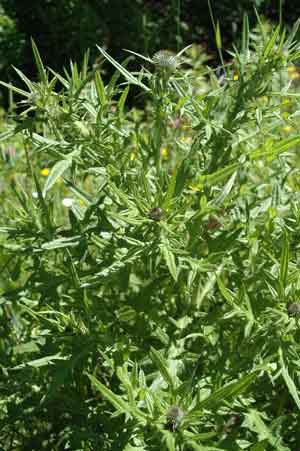 Like everyone growing up in the suburbs 40 years ago, I learned to recognize the smell of herbicides like 2-4D wafting around each spring, killing everything but grass on lawns everywhere. Looking back on those days today, it seems so toxically primitive, especially when you look around at what’s happened over the last ten years. Canadians are making lifestyle changes with environmental reasons in mind, some communities even let dandelions grow unharmed. All of this is great news as I see it, and with it has come a particularly astonishing lawn product that I began using last year. As far as I know, it’s unique.

Drawing the Line with Weeds

Even though I’m happy to have at least 50% of my lawn covered in what some people might call weeds, and never think of reaching for weed killer, I draw the line with thistles. They’ve got to go because they hurt so much to step on in bare feet. Their long tap root also makes them almost impossible to kill with a shovel, especially if you’ve got a lot of thistles to deal with. With more weed seeds flying around than ever these days, at least a few thistles crop up each year at my place. Until now, the safest herbicide for killing thistles and other weeds was a spot application of Round-Up. Trouble is, it takes a week or two for this to work, and it also kills surrounding grass and everything else, too. Round-Up is non-selective, but that’s where a much safer herbicide called Weed B Gone comes in.

It’s permitted for use in municipalities with bans on 2-4D, and I know from testing that it also works faster than even the nastiest traditional weed killers I’ve seen in action. In my tests Weed B Gone even killed fully-established thistles and other tough weeds in just three or four days, while also leaving surrounding grass green and lively. The only issue is that you’ve got to be generous with your application. The product uses iron to selectively kill broadleaf plants, leaving grass unaffected, and that’s why it’s so safe.

Weed control is only part of lawn care that impacts the environment, and it may not even be the biggest part. Nutrients and soil fertility are an important issue that’s easy to ignore and that’s why the Grass Roots soil testing kit caught my eye last year. Renamed this season as A Growing Necessity (877.764-5878), it’s a simple option for assessing soil nutrient levels so fertilizer can be applied in the right quantities, with nothing unnecessary going on the land. The kit costs $20 online and includes sampling instructions, a soil bag and a prepaid shipping box. 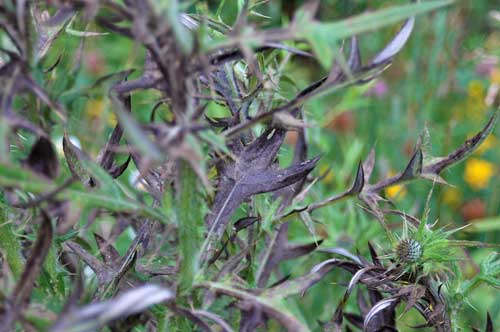 Taking a soil sample from my yard took about ten minutes with a shovel, and a printed test report arrived by email a week after I dropped the kit into a mailbox. Results covered six of the most important soil parameters: organic matter, phosphate, potassium, magnesium, calcium, sodium and soil pH levels. As it turns out, my soil’s in surprisingly good shape, nutritionally speaking. Without test results to go by, I might have been tempted to apply a broad-spectrum fertilizer, even though most of the nutrients would simply have run off into the ground water because added nutrients weren’t needed at all. Fertilizing properly is not just about saving money or even reducing nutrient run-off, as important as these things are. There’s also the hidden environmental impact of all the energy consumed in manufacturing the fertilizer and transporting it.

It’s taken four decades since I learned to recognize the smell of 2-4D, but at least my kids now get to grow up in a cleaner world. And as it turns out, we’re not completely at the mercy of weeds, either.