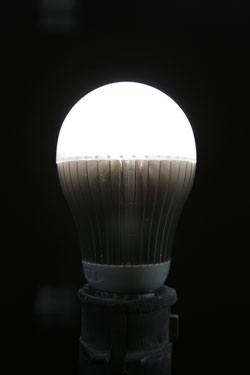 Back in 2007, in an attempt to do the right thing environmentally, various branches of government in Canada announced a phase-out of incandescent light bulbs that’s set to take effect January 2012. The idea is that since such a small part of electricity used by incandescent bulbs actually gets turned into light, these bulbs are wasteful. This unfortunate example of misplaced leadership fails to recognize anything more than the simplest technical understandings of the issue and proves, once again, that politicians aren’t technologists.

The fact is that the so-called “waste heat” produced by incandescent bulbs isn’t entirely waste at all in a country with at least a six month heating season. And during those short weeks or months when it’s actually too hot outside, we have at least 12 to 15 hours of sunshine each day, making for minimal light bulb use anyway. Every kilowatt hour “wasted” by incandescent light bulbs in Canada means one less kilowatt hour required in the form of natural gas or heating oil burned or, ironically, electricity used by your baseboard heaters.

The ban-the-bulb-bandwagon is nothing more than a feel-good campaign by governments trying to appear green, without thinking very hard about it. Energy issues must always be assessed from an overall perspective, and failure to do this is why banning incandescent bulbs outright will never deliver the environmental gains the numbers promise. There certainly are legitimate places for incandescent alternatives, and I use them in my own home. There are also situations where the simplicity, safety and performance of incandescent bulbs makes the most practical, financial and environmental sense. Astute political leadership would allow us to choose.

Whether you agree with my analysis or not, we are all faced with the same grim prospect in the coming year. Unless things change, we’re all set to pay massively higher prices than we do now for light bulbs. And if this wasn’t enough, many of those lightbulbs deliver massively lower performance than Edison’s longstanding stroke of incandescent genius.

Other than patronizing the black market for incandescent bulbs that’s sure to emerge next year, the best thing you can do is to get smart about assessing those lightbulbs that big government will let us buy. And one of the brightest lights on the light bulb horizon is offered by LED technology. This acronym stands for Light Emitting Diode, and it’s a lighting approach that’s vastly superior to the transitional technology of compact fluorescent bulbs. LEDs offer the potential for a much greater lifespan and lower energy consumption than anything else. That said, I use the word “potential” for a reason.

The extremely high price of LED bulbs has attracted the same sort of hucksters that always flock towards an opportunity to make windfall profits by selling shoddy goods. Sooner or later you’ll be standing in the hardware aisle looking at two 100W LED lightbulbs. Both bulbs will cost $50 each. One will be good, one not so good. Which will you choose?

Tom Herstad knows more about the flood of bad, expensive LED lights than most because he’s trying to counter this deceptive trend. He’s made it his business to bring high quality LEDs to market through is company, Regal Lighting Designs (888-900-0702), but the job isn’t easy.

“There are too many false performance claims out there, and overselling is commonplace,” explains Herstad. “Manufacturers are facing legal charges for misrepresenting the light output of their products and working life ratings.”

So, what’s quality all about in an LED? One big issue is something called thermal management. Even though LEDs do use less energy than incandescents, they still need to get rid of waste heat. More surface area on cooling fins is better than less, and that’s something you can compare by eye in the store. In tests I conducted in my shop, full-size LEDs made to thread into conventional sockets had fins that become almost too hot to touch after 15 minutes of use. Fins are definitely an important issue.

“Cheap LEDs have no heat management”, says Herstad, “and that’s one reason they fail quickly.”

Another thing to watch for is price. Bargain-basement $8 LEDs deliver less value than $45 equivalents because they burn out proportionally faster while delivering lower quality illumination. Of all the off-shore LED manufacturers, Taiwan shows the highest commitment to quality along with reasonable price levels.

There’s a movement afoot seeking to repeal the upcoming incandescent ban in Canada, mostly based on the high cost of alternatives. Whether or not this happens, it still makes sense to understand how and where to use today’s best lighting technology, even if incandescents aren’t the big bad bulbs they’re made out to be.