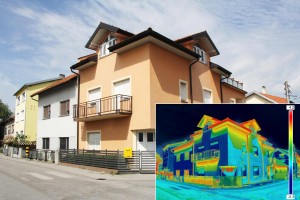 When it comes to your home, efficiency means comfort and lower energy bills. That’s obvious. Trouble is, the market can’t easily put a financial value on these qualities so people don’t always invest in them the way they should.  Solving this problem is what Canada’s new and improved EnerGuide Rating System (ERS) is all about. If you have plans to build or renovate, if you earn your living as a contractor, and even if you sell new and resale homes professionally, you need to know about ERS. It’s an up-and-coming game-changer from the federal government that’s poised to revolutionize every part of the Canadian home building, renovation and sales scene. Nothing this comprehensive has happened before in this country, and it’s about time. 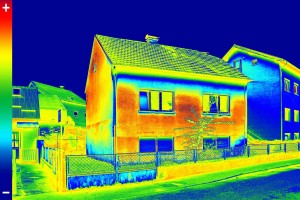 The less energy your home needs to stay warm in winter and cool in summer the more you’ll enjoy stable temperatures and draft-free living. That’s pretty simple. What’s less clear is how efficient your home really is in an absolute and measurable sense. Over the years efforts have been made to put numbers on household efficiency, and though these have worked well in the past, the needs and expectations of Canadians have evolved. That’s why the federal government’s new EnerGuide Rating System (ERS) was developed. It’s in beta testing right now in the Yukon, it will be in public use in 2016, and at least one Canadian province has plans to require ERS evaluations for all homes listed for sale as early as 2019. ERS delivers the most accurate and complete home efficiency analysis anywhere in the world. It measures a package of parameters that go beyond previous systems, including energy use inside and outdoors, insulation levels, on-site renewable energy production and energy sources chosen. It’s like a food packaging nutrition label for your house.

Every ERS evaluation report is based on tests and measurements done on each home individually, resulting in unique ratings and recommendations. There’s a lot of detail in these reports, but there are three main numbers that matters most when it comes to buying a home or renovating the place you’ve got now:

1) Total energy consumed by the home per year in gigajoules (GJ). A typical new home uses about 95 GJ annually, but this figure can go much higher or lower depending on features and construction.

2) Consumption of energy inside the house per square meter of floor area. New homes often come in a 0.75GJ per meter per year, though this can vary a lot. 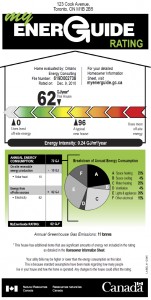 All ERS evaluations are completed by trained, third party inspectors who have no vested interest in the results. That’s always been the case with previous home energy systems used in Canada, but features in the new ERS include: 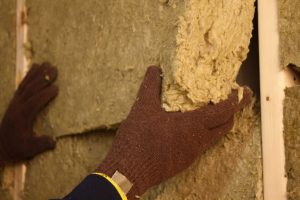 Houses are not only the largest single financial investment the average Canadian makes, but houses are also where most of our personal resource use happens. That’s why managing homes for efficiency is a social issue. It’s simply the right thing to do. Efficiency benefits everyone by reducing emissions, relieves strain on the electrical grid, and puts more disposable income into the hands of ordinary Canadians. But as important as all these benefits are, they’re not going to happen if you can’t put a number on the efficiency behind them. Here are a few typical scenarios where measurable home energy performance makes a difference: 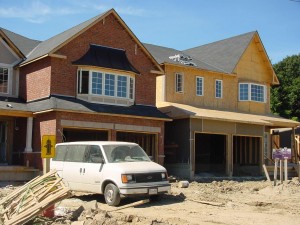 You’re looking to buy a new place from a couple of builders, and of course both claim they build the highest efficiency houses “above code”. But what does this mean? With both homes having ERS analysis, you can see that the extra attic insulation and air sealing features of one place yields 18% overall lower energy consumption per year. The higher efficiency home costs a few thousand more, but that’ll be covered in 24 months of energy savings. You do the math and discover how the more efficient new home will save enough to cover a car payment or two for you each year.  The invisible has just been made visible. 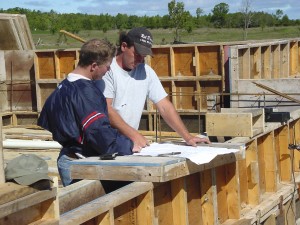 You started building homes for a living 12 years ago because you had a heart for craftsmanship and homebuilding seemed like a great way to make a living for your family. Trouble is, the marketplace doesn’t reward quality like you thought it would. Just about every efficiency innovation you’ve built in to your spec homes has turned out to be a hard sell because home buyers shop on price. Or do they? You take the trouble to have ERS analysis done on your newest homes, they score way above average in your area, and you use these numbers in your advertising and sales efforts. Some people still shop on price, but enough see the reality behind the value you’re adding and they’re smart enough to understand that paying more now and less forever is a good thing. ERS lets people see your merit and reward it because science has been added to the buying process. 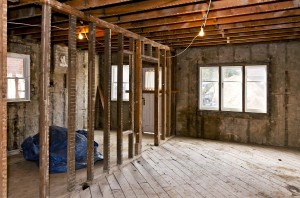 You’ve made decent money moving into fixer-uppers twice over the last 10  years, doing your own renovations during evenings and weekends, then selling for a higher price. Upgraded kitchens and bathrooms have always impressed buyers, but as excited as you were with the super-insulation and rooftop photovoltaic system you added to your last place, you lost money on them. How can people not get that energy features matter? Efficiency is your passion, so you go all-out with R70 in the attic and full-height basement wall insulation on your current home, but you also invest in a before and after ERS analysis. In a neighbourhood with half a dozen For Sale signs on lawns, your house sells before others that were listed earlier. The clincher was the 35% gains in efficiency that your renovated place showed compared with the baseline performance of the house before you fixed it up, and the same as all the unrenovated neighbouring homes. 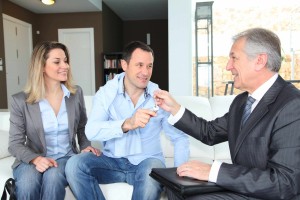 You’re always looking for ways to deliver more value and get more and longer listings. You’ve also noticed that more and more people are asking about energy consumption of the homes you’ve got listed. Sometimes you can show them annual gas or electricity bills, but you know that’s not much help. Maybe the current owners keep their thermostat set to 15ºC? Or 25ºC? You can’t tell so the bills mean little. ERS analysis seems like it’s worthwhile and you end up trying it in two ways. When you find home sellers with a house that obviously has efficiency retrofits, you suggest they spend the $500 for an ERS report. “You could easily get that much extra for your home or more,” you explain. “If nothing else it’ll probably sell quicker.” To get and hold listings for longer on big properties you offer to pay for ERS evaluation yourself. A few hundred dollars spent to get 3 more months of opportunity to sell that million dollar home is cheap listing insurance.

The less energy your place needs to stay warm in winter and cool in summer, the more you’ll enjoy stable temperatures and draft-free living. It’s a pretty simple concept, yet the connection between energy efficiency and comfort is something that’s often overlooked because it hasn’t been precisely measurable. At least not before. As Canadians we use the most energy per capita of any nation in the world. The EnerGuide Rating System (ERS) is one way we’re empowering ourselves to change this for the better.

Hot New Sector About to Grow 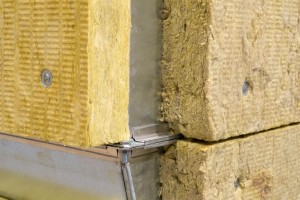 The energy audit industry has been around for more than four decades, but ERS will make it explode. With plans in the works in Ontario to make ERS analysis evaluation for every home before listing it for sale, Canada will soon need an army of energy auditors to make things happen. 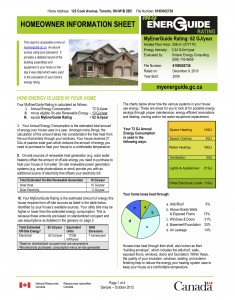 Something called the EnerGuide Rating System has been applied to houses before, but the new ERS system is entirely different. The old system was based on a score between E0 and E100, with E100 being a home that uses no outside energy inputs at all. Trouble was, the old ERS scale recognized huge energy savings with just a tiny increase in one number. An E83 home, for instance, was about 25% more efficient than an E80 home. It could cost thousands of dollars to upgrade this much, yet the old ERS numbers didn’t recognize the gains proportionally.  By contrast, the new EnerGuide Rating System offers real numbers that describe real things. Make a 25% increase in your home’s performance and your numbers will clearly show that 25% improvement.