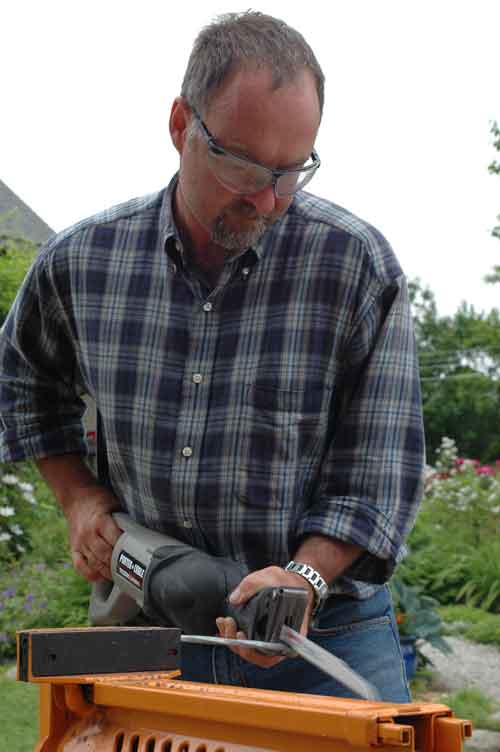 Recip saws are long, narrow power tools with a blade that moves back-and-forth at one end, and a D-shaped handle at the other. They’re useful because they combine power, maneuverability and the ability to cut through pipes, nails, wood, drywall and old flooring. Until recently blade quality was the limiting factor in recip saw performance, but that’s changing.

Lenox has come out with a line of a recip saw blades that they claim out-cuts everything else on the market. That’s a great promise, and it’s why I decided to check out blade performance in my own, real-world tests.

Perhaps the hardest trial a recip saw blade can face is metal. Standard demolition blades are made to cut through nail-embedded lumber, but hitting metal still shortens blade life. To see how the supposedly revolutionary new Lenox blades stack up to what I usually work with, I used their best, bimetal demolition blade to make as many cuts through 12”-long spikes as I could, then did the same with competing blades. 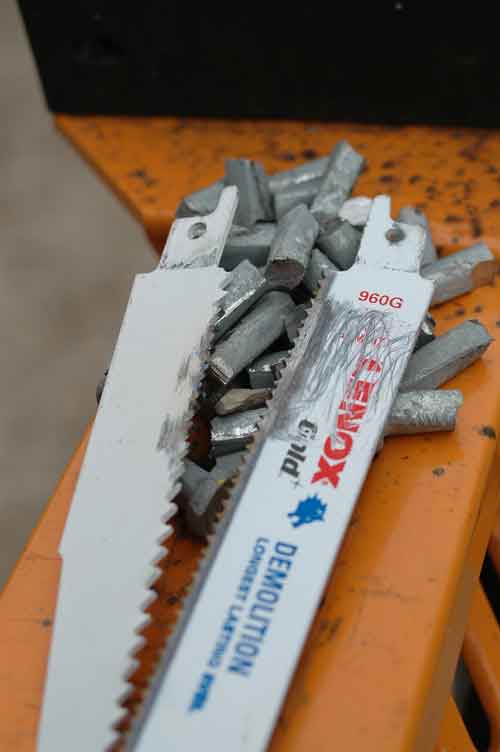 The results do live up to the rhetoric. The Lenox Gold demolition blade made 66 cuts through 1/4-inch thick galvanized spikes before time per cut became twice as long as with a fresh blade. My regular recip blades were completely toast after just 16 cuts.

Lenox isn’t the only one taking recip saw blades seriously, either. Milwaukee has a revolutionary design called the Axe, and another manufacturer will be offering a fundamentally different recip blade is coming out later this year. I’ll be testing and reporting back to you.