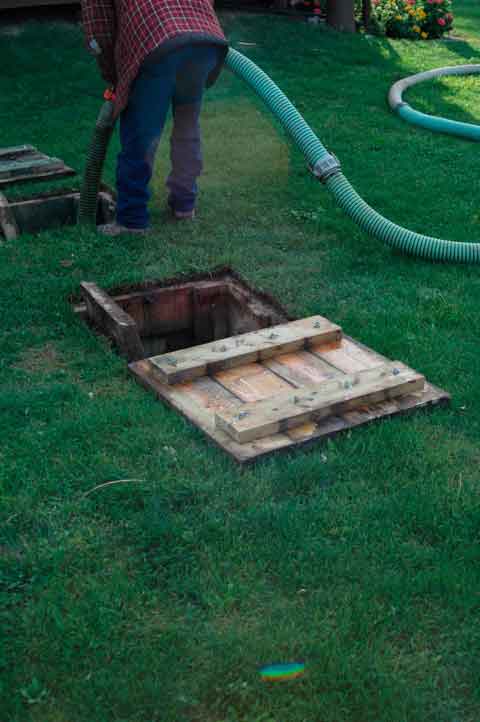 I have a confession to make. I haven’t always maintained my septic tank properly. As cathartic public repentance goes, this might not be enough to get me a spot on Oprah, but it is a shortfall that a lot of Canadian homeowners share. We are septic neglecter’s, and I don’t think it’s mainly because of the cost of a pump-out every two or three years. The real problem is more likely to be the hassle of getting that blasted tank open before hearing the beep-beep warning sound of the septic truck as it backs up to do its dirty work. And convenience is the virtue that a pair of do-it-yourself, easy-open septic tank access boxes can solve.

Septic tanks need to be pumped out periodically to remove the indigestible bits of stuff that settle out in the bottom of the tank during the normal course of operations. As sewage flows into the tank, microorganisms begin to break it down in the oxygen-free environment. This turns most of the lumps into liquid, which then flows out into a network of perforated pipes that distributes the waste into the soil of the leaching bed. This is where 90% of purification occurs, and it’s also the most vulnerable part of every septic system. As the small portion of indigestible solids builds up on the bottom of the tank, two things happen. First, the effective capacity of the tank declines, reducing the amount of time that sewage is digested before trickling out into the leaching bed. And second, as the sludge level rises, it could eventually get high enough that it begins to ooze out into the leaching bed as well. Reduced digestion time and sludge in the perforated leaching pipes spell septic disaster for the same reasons. They both lead to a plugged system and sewage back up. Preventing this nightmare is why regular septic pump-outs are essential.

Presented with facts like these, and the prospect of a septic system rebuild costing thousands of dollars, few people argue with the need for septic maintenance. Yet almost every one of us procrastinates just the same because it’s simply too difficult and disruptive to get the tank open before the pump-out guy’s visit. Most tanks are installed a foot or two below ground, covered by sod, and that presents a problem. Finding the access ports, then digging down to them can take a long time. And afterwards your lawn looks bad for a year or two. In my case the septic excavation job gobbled up half a day of picking through rock-hard clay, leaving me with a resolution to never do it again. 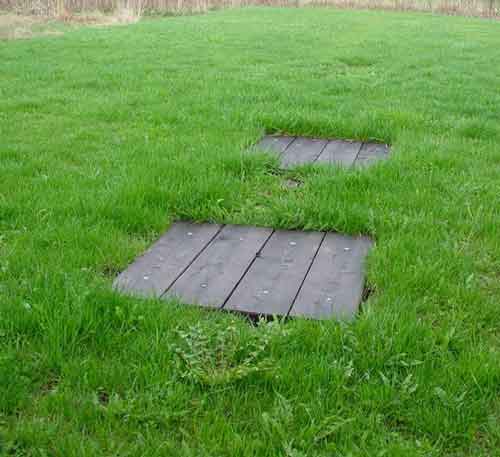 You might not start out excavating your septic tank convinced of the same truth, but you’ll probably end up that way. And that’s where a pair of access boxes is especially welcome. There’s nothing special about them, though there are a few construction tricks I learned that will help you get them built quickly and properly.

Although you can sometimes buy precast concrete access hatches for the top of septic tanks, they’re heavy and not available everywhere. Instead. I’ve used two wooden boxes and lids made of 1 1/2-inch pressure-treated lumber. They’re simple to make for anyone familiar with tools and they’re easily custom-fitted to the depth of soil above your septic tank.

Since standard pressure-treated lumber isn’t rated for below-ground installations, beef up the rot resistance of your boxes with a coat of wood preservative before final installation. I secured each box to the top of the septic tank with a generous bead of construction adhesive applied all around the bottom edge of the lumber. This prevents soil from seeping in under the box, and helps hold the boxes still while you’re backfilling. Set the box lids in place, backfill and re-establish grass around the site for the very last time in your life.

Next time your conscience starts nudging you to get your septic tank pumped out, it really will be just a matter of picking up the phone and signing a cheque. The access boxes are so easy to use that the septic guy himself can do the whole job on his own.