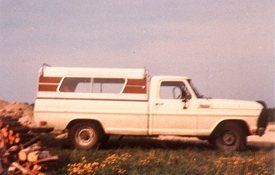 If you’re committed to making good things happen around your home and property, a reliable truck is the most important power tool you can own. That’s because a truck makes so many things possible. It’s certainly been that way for me over the last 25 years of hands-on living.  Nothing much would have happened without the two trucks that have been part of my life, and there’s a story behind each one.

I bought my first pickup truck in 1986, as a 23-year-old idealist with a dream to leave the city where I grew up and build a life for myself deep in the country. I ended up choosing an old but sturdy 1968 Ford F-250 that I bought from a guy who’d stored it in a downtown Toronto alleyway. I had the truck towed to my parents’ suburban house where I was still living, then started on a tender loving driveway rebuild job, bringing the old workhorse back to life with a new clutch, new brakes, starter, battery, plus a layer of 1” hard maple planks bolted to the bed for extra strength. I knew I’d be using that truck for heavy work, and it never let me down. 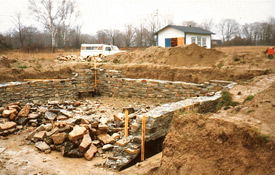 The F-250 served me flawlessly for the next 18 years hauling stone, timber and materials that I used to build my house on Manitoulin Island. I tallied it up, and in the end that tough old Ford hauled thousands of pounds of white pine beams from the sawmill and about 500 tons of raw limestone slabs I gathered, loaded and unloaded by hand – working the pieces into blocks for building my basement and above-ground walls using stone hammers and pitching chisels.

I also used that truck to help move friends in and out of houses over the years, to haul firewood for neighbours and for regular runs to the food bank and women’s shelter.  That vintage Ford was 30 years old when I ended up giving it to a neighbour who’d run into hard times. He needed a truck of his own to haul firewood and get into town, but the money wasn’t there. The F-250 wasn’t all that pretty any more, but it could still certify, and it ran as well as the day I put my own plates on it. All it lacked was four-wheel drive, and that’s what got me thinking about my next truck. 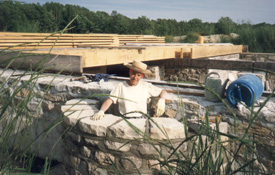 The 1990 F-150 I bought was the last truck owned by a legendary old farmer and carpenter – Ivan Bailey – who lived near my stone house. He’d spent his life in the backwoods of Manitoulin Island, and he always traded in for a new red F-150 every two years. Ivan bought his last truck in 1990, and I ended up buying it from his estate after he passed on. I’ve used it as my primary transport and for all the work around my farm property ever since. I don’t put on a lot of miles, but the miles are heavy going. The four-wheel drive has been a Godsend as I head into town for supplies in winter, tackle local building and repair jobs, and drive along backwoods trails and logging roads as I cut firewood, fix cedar rail fences, haul sand and gravel and do all the various things that hands-on country life involves. You might spot the fire engine red colour and bright yellow job box in the big city as I make the occasional 7 hour drive down to Toronto for a woodworking show or to take my shot-putter son to a track meet. My daughter even made a special request that I drive her to her church wedding in the truck this past Saturday, July 27th. It warmed both our hearts to see her white gown come out of the same truck she’d climbed in and out of as a little girl on our trips to the forest or down to the Lake Huron shoreline. Check out my video of real life with my F-150, including a glimpse of the wedding run on that big day. 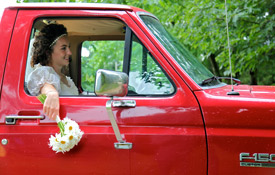 Since this F-150 was Ivan’s last truck, I’ve made a commitment to keep it in great shape forever in his memory. Not that this job is difficult. Even with the kind of ordinary repairs you’d expect with a vintage working truck,  plus a new paint job 3 years ago, my F-150 has cost me less than $100 per month to keep on the road. That’s peanuts compared with what that truck delivers. New neighbours are moving into Ivan’s old place in August, and it’ll be the first time in 60 years that kids have ever lived in that house. One of the first jobs we’ll do together is to haul away a lifetime of scrap metal behind Ivan’s old workshop.

There are lots of real-world truck stories like these out there, too. Click here to read stories from real Canadian F-150 owners on the Ford Canada blog. I’ve also partnered with Ford on a contest running right now, too. Submit your own pickup truck story for a chance to win an iPad. 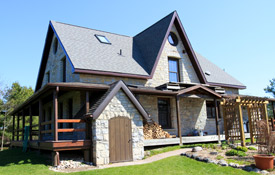 They say there’s only one thing better than a friend, and that’s a friend with a pickup truck. But the truck itself becomes a friend too, in ways that none of my cars ever have.  Why is that?