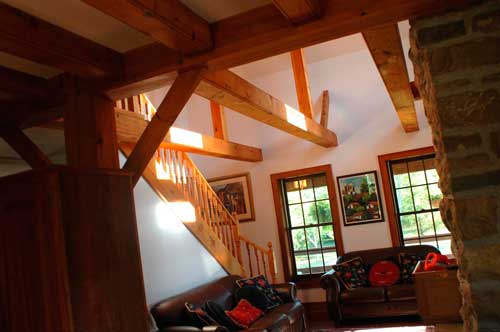 Timberlinx (877.900.3111) is a system of simple, hidden hardware that eliminates the need for time-consuming, skill-dependent traditional joinery methods for connecting timbers into parts of a building frame. I first learned about Timberlinx in the autumn of 2003, and I’ve used the system on three projects since then with great success. Instead of using saws and chisels to create the kind of interlocking mortises, tenons and dovetail joints traditionally used to connect timbers, Timberlinx uses a metal tube set in a hole that spans the gap between adjoining timbers. Expanding metal pins fit into oval holes at the ends of each tube, and when you make these pins bigger by turning a large bolt in the centre, it draws the joint tight. Cover these access holes with a short length of wooden dowel and the result looks just like a traditional pegged timber frame joint. I’ve used the Timberlinx system to connect solid wood timbers as well as engineered glue-laminated beams and it works equally well with both. 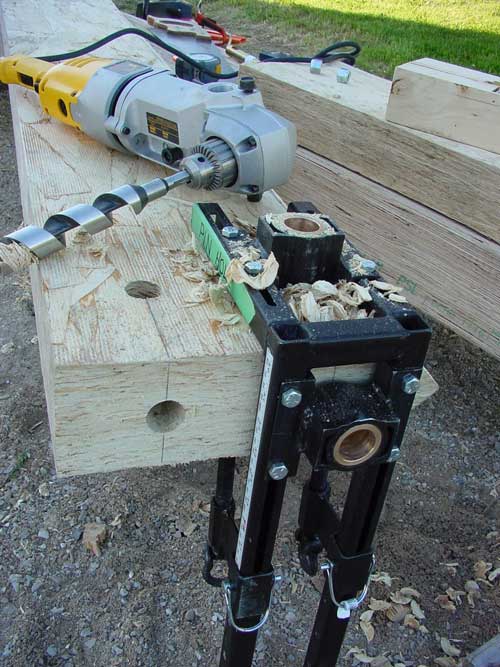 Although you probably won’t understand exactly how Timberlinx works from my short description, that’s okay. What really matters is that you realize there’s an efficient alternative to traditional timber framing methods, and it’s probably not something your contractor knows about. Timberlinx isn’t something you’ll see in hardware stores, but it is out there and easy to get online or by phone.

In 1996, my family and I had unexpected house guests from Switzerland for a few days, and these people were shocked by the exposed timbers and beams I’d worked into my house when I built it. “There are many nice new homes where I live, but you’d never see such magnificent wood being used in our country,” explained Peter. “We just don’t have the trees.” 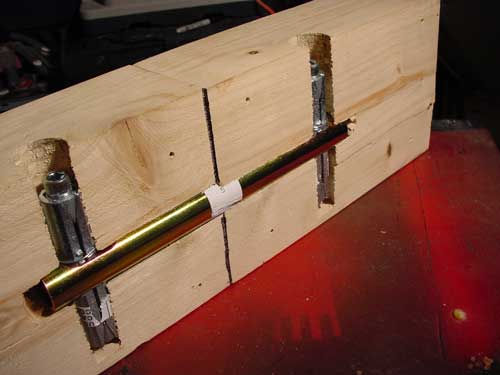 So how come we turn so many of our magnificent saw logs into 1 1/2”-thick joists and studs, then bury them behind drywall? The biggest reason is lack of timber skills and an incomplete creative vision. As Canadians, we have access to wood that the rest of the world can only wish for. And while there’s certainly a place for conventional stick framing, doesn’t it make sense to let a little bit of our extraordinary Canadian timber show through now and then?