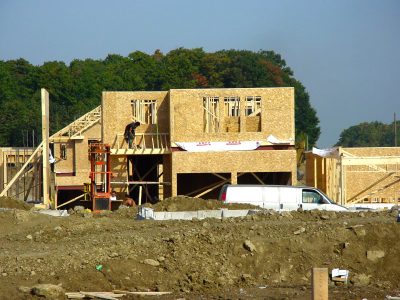 Have you ever wondered why you have a harder time finding good tradespeople and home renovators than finding a good restaurant meal, new car or dentist? Why is it that people often feel suspicious when they hire someone to do renovations or home improvements? This is what it feels like when a country has a shortage of skilled, honest, capable people in one area of the economy, and after listening to warnings about the lack of tradespeople in Canada for at least 35 years, the situation has only gotten worse. Not even great wages and benefits have turned the tide on this, and they won’t. That’s because the issue ultimately has nothing to do with money, logic and reason. It has everything to do with emotions and appearance.

The reality of trade shortages begins with the fact that the best and brightest young people rarely choose the trades these days. When was the last time you heard of a young person who was accepted into medical school, yet turned down the opportunity in favour of becoming a contractor, pipe fitter or painter? And why not? Good tradespeople who grow their work into true businesses can earn more than many white collar workers. Unfortunately, more often than not, trade work is a fall-back option for young people who can’t make it in the academic stream, and that’s not anything that logical arguments or money is going to change. What we really need is an image make-over of the whole trade sector. Sound impossible? Maybe not. Things are different in other countries. They could be different in Canada, too.

Earlier this year I had dinner with a 30-something year old Swiss immigrant to Canada named Roland. He lives and works in Canada, and after a few minutes of talking to him, anyone could tell he’s got what it takes to work at anything. As with all young people in Switzerland, Roland was required to begin choosing his career path at 16 years old. Through a series of trial apprenticeships, he sampled banking, several white collar options, then tried a few weeks being a butcher. In the end he chose to be a carpenter, apprenticing for five years before completing an additional two-year stint traveling around the world practicing his trade abroad as the final part of his training. By the time Roland was 23 he was earning a man’s wage with no academic debt, just like the majority of other young people in Switzerland. He’s also capable of producing a quality of work I almost never see in this country. What else can you say about a guy who can build a 16-sided, timber frame home with no more than a few millimeters of deviation on any one side?

Does Canada produce it’s own tradespeople of this quality? Sometimes, but not nearly often enough. That’s why TV has so many homes-gone-wrong shows running. The state of the trades is so bad that it’s even spun off an entire rant-and-rescue entertainment industry. So what’s needed to change the public’s B-grade perception of something as huge as an entire sector of the economy? A higher cool factor, that’s what.

When parents and young people begin to feel the emotional fact that working with your hands and your head is a fun, profitable and noble way to spend your life, then things will begin to change. But this emotional reality will also have to be coupled with a renewal in the trades training sector, raising the bar to challenge even the best and brightest young people to their limits. Will we ever see both the cool factor and training standards rise enough to make great things happen in trade professionalism? I haven’t seen any improvement over the last 35 years, but hope starts with the dream that things could be different. So dream is what I’ll do.