Some people manage their vehicles like tubes of caulking – use them up and throw them away. Not me. I aim for a long haul relationship with my wheels because it’s cheaper and better that way. If you’re willing to trade the panache of a new vehicle for cash in your pocket,  then long haul ownership is the way to go. I’m cheap and I’ve crunched the numbers. I know this approach works because I’ve driven the talk for more than 25 years. 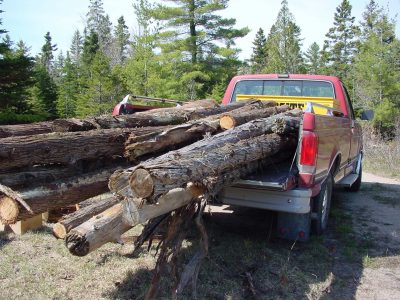 On average I’ve spent less than $1000 a year repairing and maintaining my 1990 Ford F150 4WD in top shape since buying it used back in 1998. This figure even includes a professional repainting job I had done in 2009 (which still looks great, by the way). This works out to “payments” of about $80 per month for owning the vehicle. Compare this to financing a new truck, and  it’s way, way less. Why is it that people think nothing of dropping $500 to $600 a month on new vehicle payments, yet if they had to pay half that each month for repairs, they’d figure they were driving a lemon? I suspect it’s a way of justifying the high cost of the glitz that a new vehicle brings.  And while glitz pays off for some, do you really need it? Here are the best ways I’ve found to keep vehicles working well on a shoestring budget 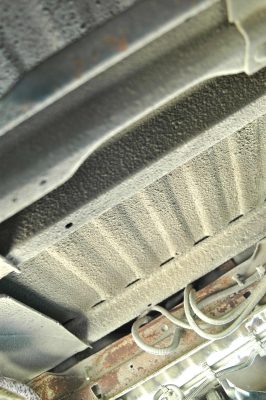 This is a vital no-brainer, but it hardly ever happens. I’m not talking about undercoating, but an oil-type treatment applied underneath and inside all body parts. I favour Krown Rust Control because it’s got a long track record and continues to creep slowly into every nook and cranny. I like Rust Check, too. Ford trucks like mine were never known for rust resistance, yet when I had mine repainted, there wasn’t a single spec of rust anywhere. If the body goes bad, there’s no way a long haul maintenance strategy makes sense. That’s why annual rust prevention is key. Spend $140 a year and rust becomes a non-issue.

This sounds so simple, but it makes all the difference. Seat covers take the wear that would otherwise tear work truck seats to shreds, and they can be taken out and washed. In 18 years of owning my current truck, I’m on my fourth set of seat covers. I don’t baby the vehicle, yet the seats always look decent. 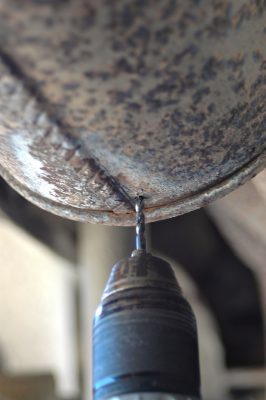 Corrosion of exhaust systems isn’t an issue when they’re made of stainless steel, but you can extend the working life of the much more common galvanized mufflers and pipes by drilling a 1/8” diameter drainage hole or two in the lowest part of the system. Condensed exhaust moisture is highly acidic, and eats steel fast if it’s allowed to pool internally. Before discovering this trick I’d get two or three years from an exhaust system. Two small drainage holes drilled when my current galvanized system was new has kept things quiet and solid since 2003. That’s 13 years on the same exhaust system.

Replace Essentials Before They Let You Down

Reliability is vital in a work truck, and that’s why it makes sense to change key components before they break. Starter motors, batteries, brake lines, motor mounts, belts, hoses and filters are all things that are cheap to replace proactively, before they turn into an expensive, schedule-busting break-down. Click on the window to the right to watch the story of my Ford F150 over the years.

Transmissions made up to about the mid-1980s would operate happily for hundreds of thousands of miles without the need to change fluid. Things are different now. Changing tranny fluid and filter every 100,000 km is an essential maintenance feature because transmissions are built differently these days. Without fresh fluid, they’ll burn out and hit you with a big and avoidable repair bill.

If everyone adopted my kind of vehicle-management habits, the auto industry would look a lot different than it does. I admit, it wouldn’t be in good shape. That said, if you’re thinking that maybe you don’t need to spend quite as much as you do on a work truck or car, you may just be right. 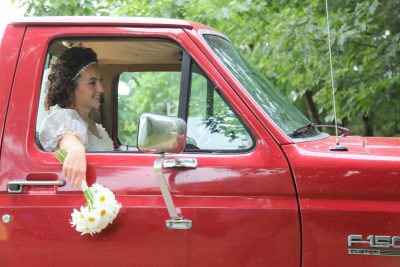 I have five kids and I’ve seen a pattern in the way they feel about my old truck. When they first become aware that I drive a truck older than the age of some of their friends’ dads, they don’t think too much about it. But as the kids get to be 12 or 13, they start bugging me to buy a new truck. “It’s so embarrassing! Why do you drive that ancient thing?” But then, by the time they get to be 16 or 17, the tune starts to change. When they get to be 18 or 20, they love my old truck a lot. “Never get rid of the truck, dad!” My oldest daughter even asked me to drive her to her wedding in it!