Imagine the ultimate cordless tool. Take it out of the box, squeeze the trigger, and it keeps on running powerfully, job after job, year after year, no recharging necessary. Though we may never see power tools quite this good, each new generation of cordless gear brings us one step closer to perfection. This past year has delivered greater cordless tool performance gains than most, but you’re quite right to be skeptical. Voltages haven’t changed, battery amp-hour capacities are the same, even the tools look no different externally. But quietly, behind the scenes, internal technical improvements have made today’s top cordless tools measurably more powerful, longer running, much longer lasting and more profitable for you as a contractor. The gains come mostly from advances in the internal tool electronics that were only invented a few years ago, and manufacturers sometimes have a tough time communicating what these are. Although all manufacturers are moving towards greater electronic sophistication within their cordless tools, Milwaukee’s M18 FUEL cordless tools and RedLithium batteries offer the highest levels of electronics sophistication that I’ve seen so far. Three main benefits are the end result. 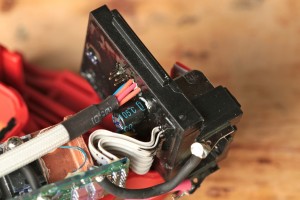 Most cordless tools are too eager for their own good. They’ll do everything they can do to work hard and please you, even burning out their windings and frying battery cells if that’s what your heavy trigger finger demands. But do you really want to bore 187 holes so fast that it kills your drill hundreds of hours before its time? Probably not. Impatience can be an expensive character flaw when it comes to tools, and that’s why pro-grade cordless models are now being made so they’re more prudent than you might be.

Milwaukee cordless includes sensors that stop you (or more likely your overzealous crew members) from exceeding the ability of a tool to perform without internal damage. 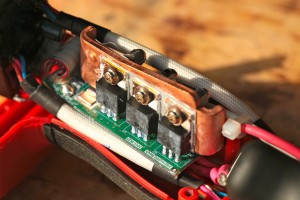 It’s kind of like the way too much current flow trips circuit breakers in residential electrical systems, except that in these cordless tools two parameters are being monitored – both run time and current draw.

If you always ran cordless tools gently, they’d last a long, long time. Trouble is, they wouldn’t be very productive, either. Run a tool crazy-hard and it will definitely pump out the work for you, though not for as long as it should. Somewhere between the two extremes of Sunday driver and motocross racer is the sweet spot where prudent use overlaps maximum, long-term tool life. And while you and I can’t tell where this spot is with any precision as a user, today’s best cordless tools are engineered to do this for you.

Run one of the latest Milwaukee cordless tools too hard for too long and it’ll shut down just before damage occurs. Release the trigger and press it again to reset the system. This covers overheating conditions in the motor itself, in the battery cells, or both. 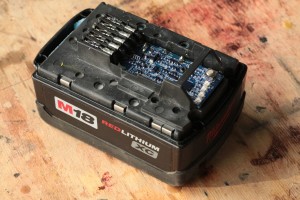 Building effective tools isn’t the only challenge facing tool designers. It may not even be the biggest challenge. At least as important to serving loyal, long-term customers is technical continuity. Who wants to invest in a cordless tool system, only to find it orphaned by the manufacturer a few years out as something “better” but incompatible with what you’ve got shows up. One reason we’ve all faced this annoying situation is because of battery charger technology. Once a conventional charger is out the door and in the field, tool designers are stuck with it. They’ve got to engineer all subsequent batteries and tool systems to work with the old charger technology . . . at least until advancing technology makes this unthinkably backward. That’s when you and I are forced to buy a “new and improved cordless system” as manufacturers stop supporting old favourites.

One way today’s best cordless technology extends technical continuity is by taking time-sensitive electronics out of battery chargers and putting them into the batteries themselves.  This advance eliminates the need for tool designers to see as deeply into the future. Instead of struggling with the futile task of trying to pre-engineer battery chargers to be compatible with battery technology that hasn’t even been invented yet, putting the sophisticated stuff in the battery frees engineers to change designs as the world changes. 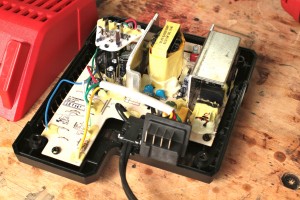 When research and development teams discover a new way of protecting batteries from damage caused by high-temperature charging, for instance, engineers can put this feature into next generation batteries, instead of wishing their old chargers had that capability. Battery-based intelligence like this seems like a no-brainer, but it’s relatively new and still not found across the board. 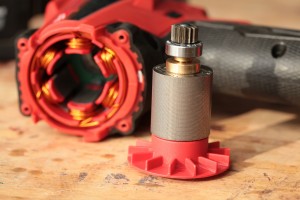 More power, better efficiency and simpler engineering. It’s not often that new technology offers all three of these benefits at once, but new brushless motors being used in leading edge cordless tools do it. And to understand why, you need to realize that electric motors are something like those racing Greyhound dogs that never quite catch the fake rabbit. 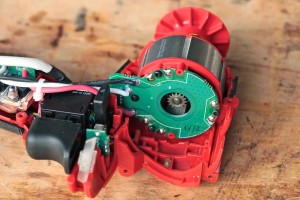 All electric motors spin because an internal rotating shaft is trying to catch up with a revolving electric field that keeps moving just out of reach. Until brushless motors came on the scene, the all-important rotating magnetic field was produced mechanically, with brushes and springs and offset winding wires. Brushless motors get rid of all this wear-prone mechanical stuff, replacing it with solid-state circuitry that digitally creates a revolving field. It’s also surprising the first time you see the new hardware that does this job.

Think of it like the revolution in automotive ignition systems that happened in the early 1970s. Before then, spark plug firing was timed mechanically, with points and condensers that wore out much sooner than the electronic ignition systems we have now. Most cordless tools on store shelves at the moment still use mechanical, brush-based internal systems to create revolving electrical fields, but not for long. And a quick peek inside a brushless tool clearly shows why.

Brushless rotors are simple cylinders of laminated steel, surrounded by windings on stationary motor parts surrounding them. There’s not much to go wrong here, and it shows up in greatly extended tool life.

The best brush-style drills I’ve found bore about 30,000 to 35,000, 1” diameter holes through 2-by lumber before brushes wear out and commutators become dished. Published manufacturer claims for equivalent brushless motors put overall working life ten times longer than this at about 300,000 holes, though the reality is even greater.

During interviews with research and development people at Milwaukee, I found that the best brushless drill motors actually topped out beyond 450,000 holes in lab testing before the numbed and over-worked test crews gave up trying to kill them. That’s a big number, but it’s not surprising when you see how simple brushless motors are. Beyond bearing failure, what can go wrong with a spinning steel cylinder that has no rubbing parts?

The digital circuitry of brushless motors that eliminates energy losses from brush friction and sparking also provide variable field rotation and voltage delivered to the windings. This translates into at least 25% more run time from brushless tools compared with brush-style models, given identical tasks and identical batteries.

More efficient tool technology only benefits you financially until a critical mass of competitors in your market adopt the same stuff. Once that happens, it affects the marketplace as a whole, driving down prices in direct proportion to the efficiency gains of the new gear. That’s why the sooner you adopt more efficient tools, the longer you’ll enjoy financial advantage. Your profits aren’t based on what you can accomplish in a day so much as what you can accomplish compared to the average builder. New cordless tools don’t look much different on the outside than yesterday’s stars, and that’s why they may boost profitability longer than most tool advancements. Fewer of your competitors will be as quick to upgrade because the gains have to be experienced to be believed. But just a few minutes using them is usually all the convincing anyone needs that these new understated performers really are better.