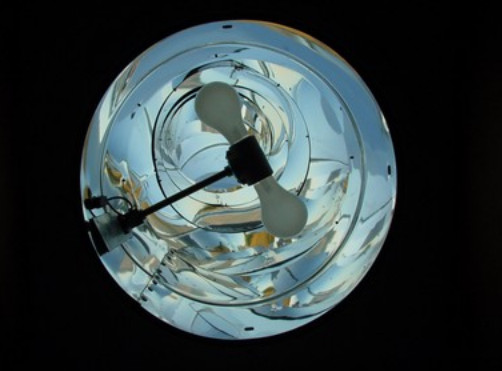 In late 1988, I got a surprise as I was designing the three-story house where I now live. I thought the engineering exercise was going to be mostly about flipping back and forth between span tables in the CMHC Canadian Wood-Frame House Construction guide, and it was, at least at the beginning. But it wasn’t long before I found myself wrestling something harder to deal with than determining proper joist sizes. And, in a word, that unforeseen element was all about interactions.

There are so many interrelated features in a house, and while each exerts an influence on its own, each one also affects other elements, creating a kind of ripple effect. The location of windows, for instance, determines options for locating partition walls. And partition walls affect the layout of a room. Room layout affects traffic flow and determines whether or not a wall can offer some load-bearing support to the floor above or not. And I’m just describing the tip of the interactional iceberg here. The domino effect of inter-connected house details goes on and on.

Good architects keep most design balls in the air and make them work together to form a pleasant home. But even the pros with the fancy CAD programs fumble. And the design feature that’s easiest to lose is the arrangement and placement of windows and skylights for pleasant admission of natural light. That’s why so many houses rely heavily on light bulbs to create a bright, pleasant atmosphere. Even many high-end homes are only a power failure away from widespread dinginess, even in the middle of the day. And solving the common problem of inadequate natural lighting is the best feature of a product you’ve probably noticed lately called Solatube.

A Solatube is like a big fibre optic cable, designed to funnel light downwards from the roof and direct it to a focused spot anywhere up to 15 feet below the roof line. And in this way it’s ideal for correcting areas of natural light deficiencies that are so common in homes and cottages. The product was originally developed in Australia during the 1980s and came to North America in 1992, where it’s since gained a permanent place in the building and renovation trades.

This past summer I installed a 14” diameter Solatube (with supplemental internal electric lights for night-time use) to correct a too-dark area over my kitchen sink. For years I put up with a darker-than-ideal dish washing situation, until my father-in-law announced he wouldn’t be doing dishes anymore when he came to visit because the low light made his eyes hurt. Although he’s now quite happy to get elbow-deep into the suds, the installation process wasn’t as trouble-free as the upbeat instruction sheet led me to expect. The real-world installation tips you’ll find here will help get you a better installation than you might otherwise achieve, while avoiding the hassles that slowed me down.

There are four parts to a complete Solatube installation: the rooftop dome; the reflective light tube; the ceiling lens; and an optional lighting kit that places electric bulbs inside the tube for night time illumination.

The first part of any successful installation depends on some thought about exactly where everything should go. Or perhaps the phrase “can go” is more accurate. You’ve got three factors to juggle: roof top location of the clear dome to maximize lighting potential; the travel rout of the reflective tube downwards; and the location of the circular ceiling lens relative to existing light fixtures, ceiling joists and interior walls.

In my case, I started with the ceiling lens. Mine fit between exposed white pine beams, so there was no trouble arriving at a preliminary location immediately. For more typical situations involving hidden ceiling joists, use a stud sensor to steer you clear of buried frame members.

The key at this early stage is to remember that nothing has been permanently decided yet. That’s why it’s important not to cut the ceiling hole immediately. You might have to tweak it’s final location depending on what you find as you work upwards. Keep your options open.

Continue by transferring the centre of your proposed ceiling lens upwards, by driving something small and metal to mark the spot you’ve determined in the attic or second floor above. You could use a screw that penetrates the drywall and appears in the attic underneath the insulation, or something larger if need be. In my case, since the Solatube had to travel through a finished storage area before going outside, I used a long, small-diameter spade bit to transfer the mark from the ceiling up to and through the second story floor. Next, take a look at the attic sheathing above.

Here you’ll find restrictions on possible roof dome location because of trusses or rafters. The dome has to fit between them. Using a plumb bob, extend the centre of the ceiling lens location upwards, to determine the ideal spot for the roof dome. The sheet metal light pipe in the Solatube system is angle-adjustable to an extent, so you can adjust the pipe location from side to side as needed to find your way between roof framing.

With the centre of the dome hole marked on the underside of the sheathing, drill a 1/8-inch diameter hole right through the roof to the outside, then drive a 2-inch long screw up through the roof so it’s visible from outside. Now it’s time to get on your climbing shoes and embark on phase #2 of the operation, the aerial campaign.

Since installing the roof-top hardware involves weaving the dome’s flashing into and under an existing shingle pattern, you’ll find it easiest to work on a hot, sunny day. No, it’s not very comfortable, but it is easier to separate sealed shingles from their neighbours when the sun has softened them for you.

Start work by climbing up top and tying some looped string to your felt-tip marker, creating a kind of compass to swing around the screw you drove up through the roof earlier from inside. Adjust the string’s length to draw a circle of the specified rough size for your installation onto the shingles, then cut a round hole through the shingles and sheathing using your recip saw. If your roof is steep, a 5 gallon bucket tied to your climbing rope is a good option for keeping tools at hand.

The cat’s paw pry bar comes next. It’s a thin-tipped, 8-inch long tool that’s ideal for lifting the shingles so the dome flashing can tuck underneath. Actually, you’ll find the installation process involves both prying and trimming until the dome assembly is centered over the hole, with shingles overlapping the flashing on the top and part way down the sides. Secure the dome with multiple blobs of roofing tar (injected invisibly under the now-loose shingles via a caulking gun) and roofing screws driven into the exposed flashing on the lower side of the dome. Four screws does the trick nicely. You can relax now. With the dome and flashing in place, you’re rain-safe.

Of all parts of the Solatube system, I found the reflective tubing to be the most questionable. It functions fine once up, but working with the stuff gave me the feeling that the street price of the kit was somewhat higher than it should be. The tube comes in curved sheets that you rivet or screw together (neither fasteners are included) to form the tubes and to join them with neighbouring pieces. Also, since the 11/12 roof pitch of my house turned out too steep for the dome system supplied, I had to do some tedious sheet metal work creating a kind of 45-degree elbow out of a once-straight piece of reflective tube.

With the ceiling lens installed, begin assembling the reflective tube from the roof downwards. The inside of the pipe is covered with protective plastic, which has to come off before joining the pipes at the seams and to each other. Pop rivets are much quicker to install than screws and they do a neater job under the sealing tape that covers the joints. More on that later.

As you work down, don’t forget to install your light kit just above the ceiling lens, if you’re going electric. Mine is made to hold two incandescent bulbs (up to 100 watts each), and is wired to the circuit that supplies the kitchen light fixtures. You’ll need a 7/8-inch diameter hole saw to bore through the side of the reflective tube for wiring and fixture installation.

There are two things you need to know about the reflective tube. First, I found it necessary to use more than just the few pop rivets specified in the manual. Have plenty of the short, 1/8-inch diameter ones on hand and use them liberally. The tubing needs all the help it can get to become rigid.

The second issue involves tape. The Solatube system comes with white foil tape to seal the seams along each length of tubing and around the circular joints. The fact that there wasn’t quite enough tape to do the job, and that the stock tape began to peel off after a few days, led me to supplement the installation with duct tape. Not the cheap stuff that’s so common now, but the sticky, once-and-for-all kind. The grey colour doesn’t match the white surface of the reflective tube, but the installation is solid and trustworthy, even inside the storage area where the tube passes.

Would I install a Solatube again? Yes. It’s introduced lots of natural light in a way that couldn’t have happened with any other kind of hardware. And it also gets me out of doing the dishes now and then. A good deal.