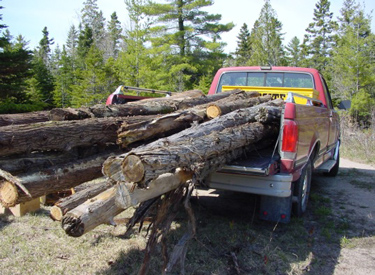 UPDATED 25Oct2019 + Video Above: When it comes to pickup trucks, I’ve been a Ford guy since 1986. Some of my best friends love other brands, and that’s fine. No one’s perfect, and I forgive them. It all began with a 1968 F-250 that I drove until it was 30 years old, followed by my current truck, a 1990  F-150.  It still looks and drives pretty much like new, but this is no show truck. It’s my regular workhorse. I use it around our country homestead property, it helps hauling firewood, brings building materials home and comes through with runs into town for hardware and supplies.  The old F-150 also gets the occasional highway run for the 7 hour trip down to Toronto from where I live on Manitoulin Island. It has nearly 190,000 hard kilometres on the clock, and while that’s not a big number, this truck is still is completely reliable, despite its age.

When you keep a truck going like this for the long haul, it becomes part of the family. And though I’m not the only one who feels this way, it took some people I know a while to come around. When my daughter, Katherine, was growing up she was always embarrassed about “dad’s old truck”.

“When are you going to get a new one?” she’d complain regularly. 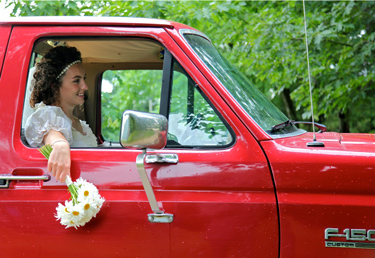 But by the time she got to be in her late teens, Katherine got quite a bit wiser. Before she got married and left home, she even drove the F-150 as often as she could, and with pride. “It’s so cool when people tell me how much they like the truck”, she says. “My friends think it’s great.”

The ultimate compliment for our F-150 came when Katherine chose it as the vehicle I’d use to drive her to her wedding back on July 27th, 2013. No stretch limo for this country girl. Having the truck part of the big day was a huge deal for both of us. 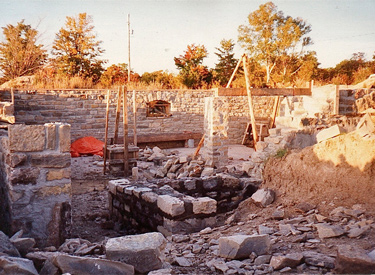 Besides being pretty sentimental about my trucks, I’m also a frugal guy.  That’s one reason I’ve kept my F-150 going for the long haul. It has saved me a ton of money. But apparently, I’m not the only one with an eye for value. There are lots of unique F-150 stories out there, including some trucks that have gone more than one million kilometres on the original engine.

Click above to watch a video story of my family life up here on Manitoulin Island, Canada, and how two trucks have been a big part of that. This video goes back to 2013, the year Katherine was married.