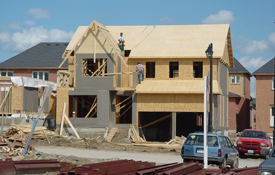 You’d be surprised by the growing and burdensome maze of regulations, fees, requirements and government paperwork tradespeople have to deal with, much of which defies any reasonable excuse for existence. The trouble, expense and apparent pointlessness of over-regulation costs money, yet it has rarely been enacted with any cost-benefit analysis in mind. The newly-imposed Ontario College of Trades is a case in point.

If you don’t live in Ontario you may never have heard of the College of Trades before, but it’s a hot topic with electricians, plumbers and other people who work with their hands in Ontario. It’s another layer of bureaucracy that must be paid for directly by tradespeople themselves, with little credible reason being offered for why. Developments like these are likely to spread, so it’s wise to see it for what it is. The Ontario College of Trades is a classic example of how bureaucracy spreads over time, and fundamental flaws in government and bureaucracy are the reasons it happens.

Imagine you’re a government bureaucrat.  You’ve just been promoted to a new job.  Your work isn’t difficult, so you have time to think about how you might leave your mark on the bureaucracy. Perhaps there’s something new that could be added to your role. Maybe there’s some previously-unnoticed regulatory function that could be filled. Then there’s always the temptation to create the perception of a need, then rush to the rescue as a hero and fill it. Even in corridors of government power, there still sometimes exists a spark of initiative, some urge towards accomplishment, and maybe even the impulse to advance things beyond the status quo.

Car companies build cars, farmers produce food, barbers cut hair and government produces regulations. Do we need regulations? Yes, absolutely, and the less honest and self-reliant the citizens of a country are, the more extensively and oppressively they need to be regulated. That said, does government have a vested interest in creating regulation beyond genuine need? Yes, absolutely. The temptation exists, and it’s regularly acted upon. That’s one reason why Canada has been in a long-term economic downtrend for decades.

For anyone who feels that Canada is no worse off for the growing level of regulations we carry, an appeal to the facts should set things straight. Some of the most telling of these facts apply to young people.  In 2010, Statistics Canada reported the median annual income for people between 20 and 24 was $13,800. Back in 1976, this same age group enjoyed an average income of $23,400 adjusted for inflation – nearly 10-grand more. Even Canadians up to their mid-40s are measurably poorer today than they were decades ago, as measured in real dollars. Why has this happened? I doubt anyone has the complete answer, but one thing’s for sure. Regulation is the opposite of productivity. The more regulation you have in a society, the slower, poorer and more falteringly the economic engine runs.

Are we more regulated as a society now than in 1976? Is all of this regulation really serving a productive purpose? How, exactly, will the construction and renovation business be better off with another layer of watchdogs on duty? Fully 25% of the economic output of the average US household is consumed directly paying for government regulations. In Canada businesses employing less than five people pay 45% more to comply with government regulations than comparable US businesses.

Unlike most areas of our world, there is no natural limit to the advancement of government. Free market activities are subject to the guiding hand of supply and demand, but what governs government? In a democracy it’s supposed to be the informed will of an involved voting population. But where are the democratic limitations on government when the most far-reaching decisions are created and handed down by non-elected bureaucrats and judges? What do you call a democracy where democratic decisions don’t actually have much to do with how we live?

The Ontario College of Trades and dozens of other layers of questionable regulation and over-sight are leaving the producers of this country over-burdened, over-governed and over-tired.  So if the tradespeople you hire look a little more grumpy and hassled these days, you’ll know the reason.