This is a key part of the system because you need some method to automatically shut off water flow from the well to the storage tank when the tank is full. And a float switch is the best type to shut the primary pump OFF when the storage tank is topped up.  Reliable designs have a float that switches ON when the float hangs down from gravity as the tank empties,  and OFF as the float rises and floats when the tank is full. Specific models of excellent and reliable float switches are found below. Google the names for suppliers. Currently all are available from Amazon.com. If neither of these sources work for you, do a Google search with the name and model number of what you’re looking for, plus the name of the country where you live. This is your best bet for finding a local supplier. Also, in my experience eBay is often the best way to get items like these when Amazon lets you down and no local country supplier exists. eBay suppliers are more likely to ship internationally and economically. 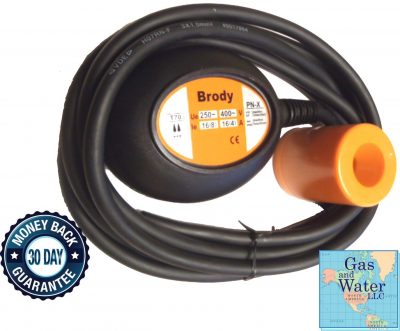 This is a simple, reliable switch that can be set to go either ON or OFF with rising or falling water levels. For use in the water tank of a trickle system, you’ll want to set the switch to go ON when water level falls. Operates with any voltage and can handle up to 16 amps of current – more than enough to handle any kind of primary pump you’ll use with a household trickle system. 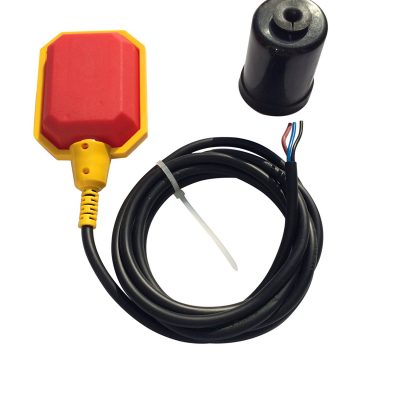 Similar to the Brody and with a very good track record for reliability. Built in Argentina and uses a Honeywell micro switch rated for more than 100,000 activations. Handles any voltage up to and including 220V and 12 amps of current – more than enough for a 1/2 HP or 3/4HP submersible pump. 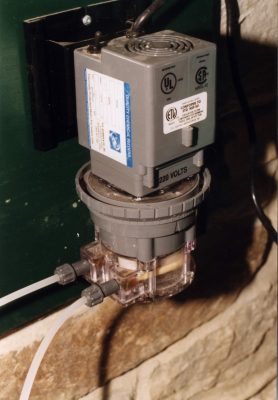 It’s one thing to have enough water at your house, but if that water smells like rotten eggs, what’s the point? This relatively common condition is called sulphur water, and it’s a widespread plague in some areas of the world. Since the odour-causing sulphur is in solution with the water, it can’t be removed by ordinary filtration. That’s why many people mistakenly assume there’s no solution to the sulphur water problem. That’s simply not true.

The fact is, there is a safe, effective, inexpensive option for removing the odour of sulphur water, and it involves the use of oxygen delivered to the water in the form of food-grade hydrogen peroxide (H2O2).

Before you wince while you think of hair bleach in your drinking water, understand that pure, food-grade hydrogen peroxide is nothing more than an ordinary water molecule with an extra oxygen atom tacked on. Whenever H2O2 comes in contact with other substances, it releases this separate oxygen atom in solution, creating a highly oxidizing condition that offers a number of valuable effects.  One of these has to do with sulphur.

Each single oxygen atom binds with odour-causing sulphur compounds, causing it to change form and precipitate out as a fine solid. This new compound can then be easily filtered out by running water through a softener or carbon filter. Concentrations of about 30 parts per million  of H2O2 usually does the trick. 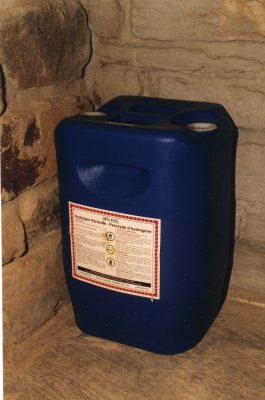 Injection pumps are available to add H2O2 to household water at any stage of the pumping process. Cost of the H2O2 amounts to less than $200 year for most households. It comes in small plastic drums that get connected to the injection pump. Choose 35% hydrogen peroxide for this application. The injection pump itself is typically energized by the same circuitry that operates your primary pump. That’s because if you’re using a trickle system, it makes most sense to treat the water on the primary side initially, as it comes into the storage tank. Hydrogen peroxide kills microbes, keeping the water fresher while it sits in the tank. A water softener or whole-house carbon filter as part of the secondary side of the system offers a final treatment before great water is delivered to your taps. Either of these can remove the sulphur compound after it’s been modified by the hydrogen peroxide.

The best way to get down to the details of creating your trickle system is by looking at the construction plans here. Print them out and use them to track down all the items you need to build it yourself.

Empowering a weak well to supply serious water isn’t complicated or difficult. It can also play a big part in creating a reliable water well system, even in areas with limited ground water. All you need is a bit of know-how and a little equipment to make the taps flow like they never have before.