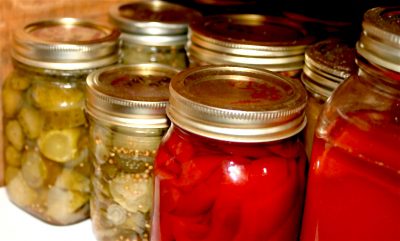 Simply buying a lot of food will not translate into a year’s worth of food security. You also need a household infrastructure and the know-how to support long-term food storage – both before a crisis and during one. All of this means it’s vital that you understand how to preserve your own food before trouble and afterwards. Remember, a long-term food security strategy includes skills for adding new foods to your stores as the opportunity presents itself, after the crisis sets in

Canning, freezing, drying, curing/smoking and root cellaring are the five main food preservation strategies that any serious survival food person needs to know. None of these are complicated as long as you grasp the basics. The best way to master these skills is with practice. As with anything, theory needs to come first, so here’s and overview of each strategy, with tricks from experience thrown in to make your outcome more successful.

TECH TIP: Test Before You Trust

It’s not always easy to choose how fancy to make your survival food stores,  and that’s why you should try different options before you decide. Think you’ll be okay eating super-simply for a year? Try it for four days and see. You can learn a lot about yourself and your diet in less than a week. Naturally, the fancier survival food plans will be easier to enjoy during a practice run, so just be aware that with added luxury comes the added burden of greater expense, greater complexity, less reliability and more hassles keeping your food supply edible. [/insert_item] 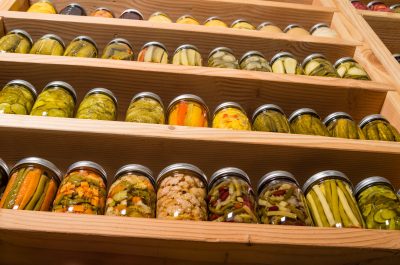 Canning: Despite the name, this technique typically involves glass jars, not actual metal cans. It uses heat to sterilize food and the inside surfaces of jars and lids, allowing food to keep for months or years without energy inputs after the initial heating. By killing all microbes inside sealed jars of food, spoiling can’t happen. Boiling water is one way to sterilize for canning, but the ultimate approach uses a pressure canner. This is a stovetop cooking pot with a sealable lid that allows jars of food to be heated to temperatures higher than the boiling point.

Food preserved in a pressure canner takes much less time to process than open boiling, and is considered safer than simply pouring hot food into hot jars. Pressure canning is the only method that’s considered safe for canning meats, and it uses much less energy than open boiling. Canning chunks of meat is an excellent way to prepare a long-term supply of high quality protein – more on this later.

Freezing: This is the easiest form of long-term food preservation, but it does require a constant input of energy. Can you keep a freezer running during a long-term grid-down situation? Yes, but only if you set up for it ahead of time. The most prepper-friendly option is to invest in a propane-powered freezer connected to a 500 gallon torpedo tank of propane. This is a serious investment but it also offers amazing advantages. The largest propane freezer in the world is the Blizzard 18 cu.ft. model. It’s an upright design that uses about 20 gallons of liquid propane a month. At that rate, a 500 gallon supply of propane delivers more than two years of excellent preservation of meats, vegetables and other foods.

A big freezer is one of the best places to keep stores of wheat and other grains safe. Want both refrigeration and freezer functions? Consider the Unique UPG-22. It’s the largest certified propane fridge in the world. Connected to a 1000 gallon propane tank it will run for 1 1/2 years without a fill-up. If there’s just one big-gun technical solution you want to implement in your survival food strategy, a propane freezer or fridge/freezer with your own large supply of propane is the bomb. Just remember that vegetables need to be partially cooked in boiling water so they will freeze well and defrost in good condition. This quick and partial cooking is called blanching. It’s essential for breaking down the enzymes that would normally cause uncooked vegetables to go soft and ugly after freezing. 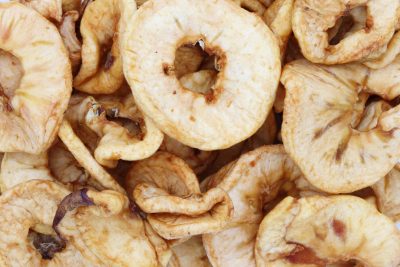 Drying: This is an age-old technique that makes sense for enhancing your stock of survival food beyond the basics. You can dry fruits, vegetables and meats in an electric oven, or switch to a solar dryer to avoid grid dependency. The main challenge with drying is getting the food dry enough.

Meat, in particular, must be bone dry or it will grow mold in storage. Store dried foods in sealed jars with moisture-grabbing bags inside. The same jars you use for canning work perfectly for storing dried foods. Later in this course you’ll find plans and instructions for building your own high-performance, electricity-free solar food dryer for vegetables, fruits and even meat. 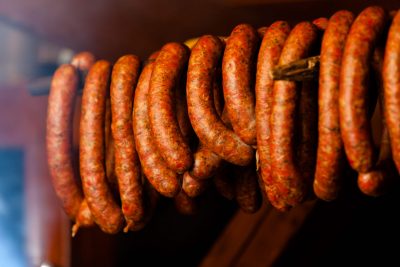 Smoking: This is also an age-old technique and it’s especially well suited to supplementing your diet with meat after a societal collapse. Any time you have more meat to handle than a chicken or rabbit, you’ve got the problem of how to preserve what you can’t eat. Smoking is the answer when you don’t have a blackout-proof freezer, but you need to make it part of your life now. It takes the right set up and the right experience to make it work. You will need practice. Later in this course you’ll find plans and instructions for building your own traditional smokehouse. You’ll also get information on how to brine and prepare meats for smoking, and guidance on how to use your smokehouse properly, too. 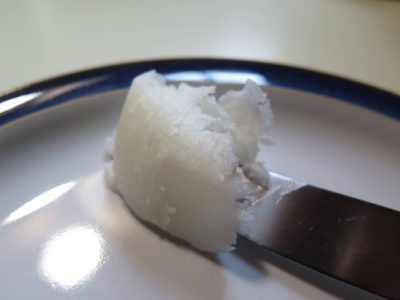 We’re so used to having basic food items constantly available at stores and at cheap prices that we’ve become blind to how important the basics can be. But trust me, when times get hard, you’ll know exactly what you’re missing.

Stock up to include these basics while you still can:

Lard: Although not top of the list of health foods any more, there’s a reason why lard was a food staple before modern food systems came into being. Lard is a convenient source of fat, and it can be preserved long-term to eliminate the need for refrigeration.

Salt: This is something we’re supposed to cut back on, but a total lack of salt in the diet is a very grim and unhealthy thing. Lay in 10 lbs of iodized table salt per person per year as a minimum for seasoning – more if you plan to use salt for preserving foods.

Canned Meat: You probably don’t think of canning our own meat in jars any more, but this was a mainstay of life before refrigeration.  It makes great sense today, too. Cut beef, pork, chicken or venison into bite-sized cubes, pack the cubes tightly into a mason jar with no liquid (that’s right, not liquid), sprinkle one teaspoon of table salt and half a teaspoon of pepper per quart on top (no need for mixing), then close the lids and pressure cook. The meat produces it’s own gravy in the jars. Canning makes even gamey venison from an old buck taste great. Whenever you want some good, rich meat, open a jar and it’s there. Canned meat even tastes great cold.

Root Cellaring: Every serious survival food prepper should have some kind of root cellar. That’s because they’re so useful. There are many different designs, but all offer the same main thing: long-term storage of an emergency food supply, plus the ability to move fresh, home-processed foods into storage as you grow, hunt or produce it.

The detailed construction blueprints coming up in this course show three kinds of root cellars. The basement model can be built in any unfinished basement space. The stand-alone root house is for the most serious survival food practitioners and offers the most value. A root cellar made from new concrete septic tank is another option that’s faster and easier than the conventional stand-alone design. 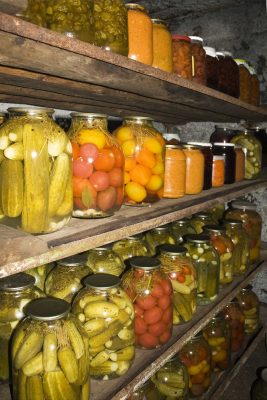 Every root cellar I’ve seen in action includes shelves for storing jars of preserved fruits, vegetables and meats. Cooler temperatures in the cellar and dark conditions keep preserved foods in better condition for longer periods of time. Trouble is, the companies that make jars and lids for preserving recommend against storing preserved food in conditions of humidity higher than 50%. And any root cellar needs to be much moister than that. The issue, apparently, is rusting of the lids and the potential for a broken seal on the jars and spoiling of the food. So, what should you do?

You’ve got a couple of choices. You could follow the recommendations of the jar manufacturers, even though these were probably drafted by an over-zealous legal department worried about some highly unlikely law suit. On the other hand, you could do what root cellar owners have done for a hundred years and store jars of preserves next to the potatoes. And in the very unlikely event that a lid were to rust through in the 3 to 12 months that a jar sits in storage (like that’s ever going to happen) , the problem would be easy to spot and the food easily avoided.  In 25 years of keeping jars in a root cellar, I can tell you I’ve never had any rusting through of lids. Not even close.