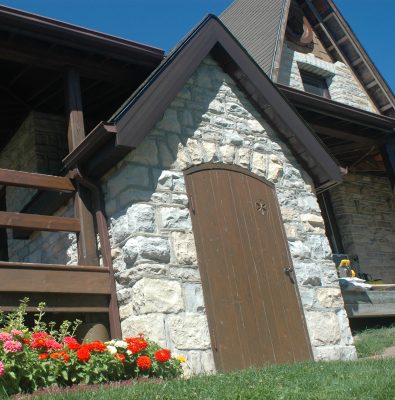 Natural light and fresh air are often in short supply in many finished basements and that’s why you need to make the most of your windows. Then there’s also the issue of “egress”. This is a fancy word for the ability of people to get out of a space in the case of an emergency. Building codes usually require that finished basements offer two methods of getting out in the case of fire, flood or other disaster. One of these is the door you normally use, but another mode of egress are windows made for the job.

And though the requirement for two modes of egress has been frequently ignored by building inspectors in the past, that’s changing. Every finished basement should offer some secondary means of escape in the event that you can’t go upstairs, even if your building inspector doesn’t insist on it. Since you’re still very much at the planning stage for your basement, right now is when you need to consider some window and egress-related questions:

1. What’s the current condition of your basement windows?

Now’s the time to change them if they’re not in great shape. Non-wood windows with horizontally sliding sashes make the most sense for basements. See “How to Select New Windows” later in this lesson for tips on choosing new windows for your basement (and your house if you decide to do that some day).

2. Are your window wells working properly?

Window wells allow light and air to enter a window even though that window sits below ground level. To function properly, water needs to be able to drain quickly and easily from the bottom of the window well. One common cause of basement flooding happens when water builds up inside an ill-draining window well, then leaks into the basement around the windows. Test the ability of your window wells to drain water by flooding them with a garden hose. You want no water coming into your basement after at least 10 minutes of the hose running full blast.

3. Are your windows large enough?

While it’s not always easy to increase the size of basement windows, now’s the time to tackle the job if you need more light and ventilation. Also, windows that are large enough and designed to function for egress are rarely in place in an unfinished basement. Enlarging one or more window spaces to accommodate an egress unit is definitely something to think about now.  In addition to a large window that meets egress requirements, the window well also needs to be expanded from standard sizes. There’s no point in having an egress-capable window if the window well isn’t large enough to climb into and out of.

4. Have you considered an outside entrance to the basement?

Besides greatly increasing the usefulness of a finished basement, an outside entrance or walk-out also satisfies egress requirements, saving you the need to install a larger, egress-rated window and window well. Outside basement entrances make a lot of sense if you’ll be having a workshop space in your basement and if there’s any chance you might want to create a second suite living space down there some day. Even bringing building materials in and trash out during the basement finishing process will be much easier with an outside entrance. Examine the illustration and watch the video up next for an approach to creating an outside entrance. You’ll never regret the time and trouble required to install one. It’ll really pay off. Bilco is one company that sells very good precast outside entrance units.. They also sell window wells for use with egress window units. Egress windows need to be large enough to climb out of, so of course you need big window well to match.

If your basement windows aren’t looking too good, replacing them at the earliest stages of a basement finishing project makes a lot of sense. If you’re serious about the quality of windows in your basement (and the rest of your home) you face a challenge that goes beyond just signing a check to pay for them. The fact is, it takes effort to come to an informed opinion about window quality these days. Even experienced builders sometimes choose by nothing more than their gut feelings about various brands. You can do better. It always pays to be your own watchdog when it comes to building and renovation, and for this you need hard facts. At the most basic level, you need to pay attention to three areas when it comes to choosing basement windows:

TECHNOLOGY: You need an understanding of the nuts and bolts of modern window design, construction and installation to make an informed choice.

PERFORMANCE: Just because a pretty, double-page advertising spread claims that a particular brand of window is best at sealing out drafts and rain doesn’t mean it actually is. You need third-party assessment to be sure.

INSTALLATION QUALITY: You can have the world’s finest windows sitting on the floor off your basement, but if they’re not put in correctly they could become a miserable failure.

As you shop for windows, keep these things in mind:

Low-e coatings: You won’t be window-shopping for long before you run into the term “low-e”. Hardly any ordinary person knows what this means, but you should. It’s short for “low emissivity”, and it refers to the ability of glass to resist radiant heat transfer.  The low-e feature is added to windows by application of a clear coating on the glass, and that’s a good thing. It’s also become universally available in the industry. Low-e may be put forth as a big thing by a window salesman, and though it is important, it’s applied to pretty much all new windows these days. Although low-e coatings add 10% to 15% more to the cost of windows, it can reduce energy consumption by 30% to 50%. It’s a good deal. Low-e also reduces harmful ultra-violet rays by as much as 75%, almost eliminating sunlight damage to interior surfaces.

Argon gas between panes: Another common feature is argon gas between the layers of multi-pane glazings. Argon offers more insulation value than dry air, so it’s commonly used to boost thermal performance of windows. Think of it like invisible insulation stuffed between the pieces of glass on the interior and exterior sides of the window. Argon gas is an optional feature on most windows, and it does offer real benefits as long as the gas remains between the panes, of course. It’s not unusual for leaks to develop between panes and argon to be lost over time. Argon isn’t forever. 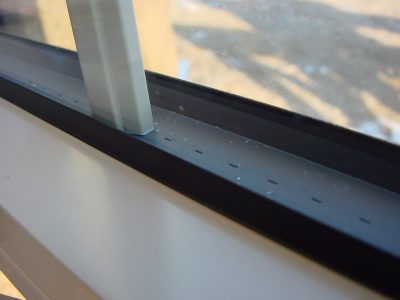 Warm edges & clear view: When outdoor temperatures plummet each winter, windows everywhere fog up. That’s what happens when warm, moist, indoor air cools down and condenses in contact with cold panes of glass, but it doesn’t have to be this way. While it’s true that modern double and triple-pane glazings have made window condensation less common, there’s more involved here than just the glass. Traditionally, spacers between pieces of glass have been made of aluminum, but that’s changing for the better. Since aluminum is highly conductive of heat, it can lead to cold zones around the perimeter of window panes. This can mean condensation and excess energy loss in these areas. Warm edge glazings use plastic between panes instead of metal to reduce energy loss by conduction.

So, how should you determine overall window quality? This is something that varies from country to country. Here are some sources of independent testing results for windows:

The USA Scene: The National Fenestration Rating Council (NFRC) offers the most common rating system for window performance in the USA. Their ratings are part of the Energy Star ratings you’ll often see on windows. National Fenestration Rating Council (NFRC) assessment stickers are found on some products sold beyond the US, too. Their published numbers allow a direct and detailed performance comparison between competing windows. Click here for a searchable database of NFRC-approved windows (plus doors and other related products).

The Canadian Scene: To reduce confusion experienced by window shoppers in Canada, the Canadian Standards Association (CSA) offers one of the few independent performance assessment standards for windows anywhere. And it’s not just about energy efficiency, but also about leak resistance and overall window performance. The CSA standard is called A440.2-14, and it rates the effectiveness of windows under conditions of wind and driven rain, as well as energy performance. This A440 standard is getting to be more and more widespread, and used as part of other certification programs such as EnergyStar. Look for the A440 designation in the fine print on certification stickers.  Just remember that not all windows made by a listed company meet the CSA standard. It’s a model-by-model thing, not necessarily a company-wide thing.

Installation Quality: If you’ve hired a contractor to finish your basement, it’s almost certain they’ll be installing windows themselves. The organizations below publish best-practice installation standards for windows and maintain databases of trained and certified installers if you need one.

The Canadian Scene: Another Canadian innovation to help you find great windows is called the Window Wise Program. It’s a system of installer training and certification, random field inspections of completed window installations, and a minimum list of technical standards for windows covered under the Window Wise umbrella.

Financial Help From the Government

In the USA, the Department of Energy publishes several lists of grants that could reduce the cost of replacement windows. https://www.grants.gov/learn-grants/grant-making-agencies/department-of-energy.html

The Canadian federal government is committed to helping boost the energy performance of houses. This could mean a rebate on your replacement windows and other energy upgrades. Visit http://www.naimacanada.ca for a current list of all energy-related rebate programs across the country.